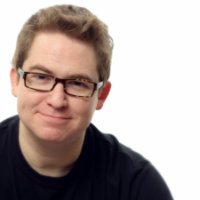 CFN – For generations chocolate lovers in Eastern Canada would venture to Smiths Falls Ontario in an odyssey to indulge their cravings for Chocolate.

Hershey thought it better to move its plant from Canada to Mexico; right near a cattle yard, decimating the workforce of the town of about 9,000

In fact Mayor Dennis Staples shared that they are rebuilding after losing nearly 2,000 jobs between Hershey and other factories and industry leaving including the shutting down of the Rideau Regional facility.   In fact the town recently lost its Economic Development Officer as well as other high end city Managers.

Good news for the town; is that Tweed is planning to turn the facility into a Medical Marijuana plant.    The connection between Marijuana and chocolate is a long friendship that this creation hopefully will stay connected  to.   The old Chocolate store at the plant will be having some interesting offerings surely? CEO Chuck Rifici had quite a team put together and it may not be a coincidence as his background with the Federal Liberal party whose leader Justin Trudeau is calling for the Legalization of Marijuana.

In this case, with this project, they are talking about 100 or so jobs returning.   Wage points have not been released, but this might be a real example of “Green Job” creation in Canada at a time and a place that surely needs those sustainable jobs.

While the ins and outs of Medical Marijuana are still evolving it certainly will be a growth industry both here and in the US over the next decade.

Marijuana tourism is also becoming a growth industry in areas like Washington State.

Tweed will not have a store for Marijuana.  Its website states that its product will be available via phone or internet only.  It is hoping to fully utilize the facility and develop related business as well.