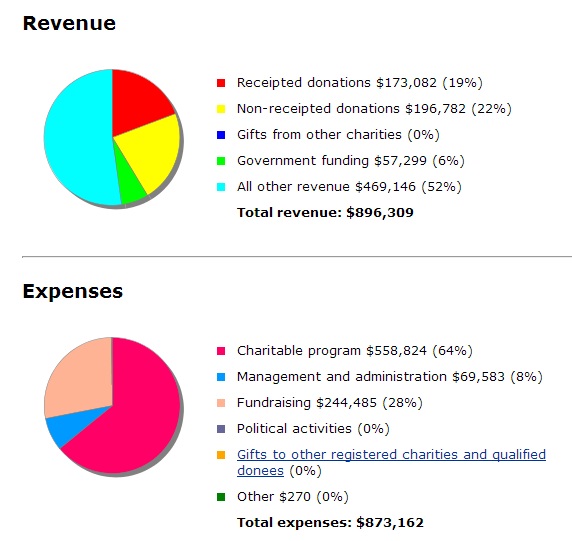 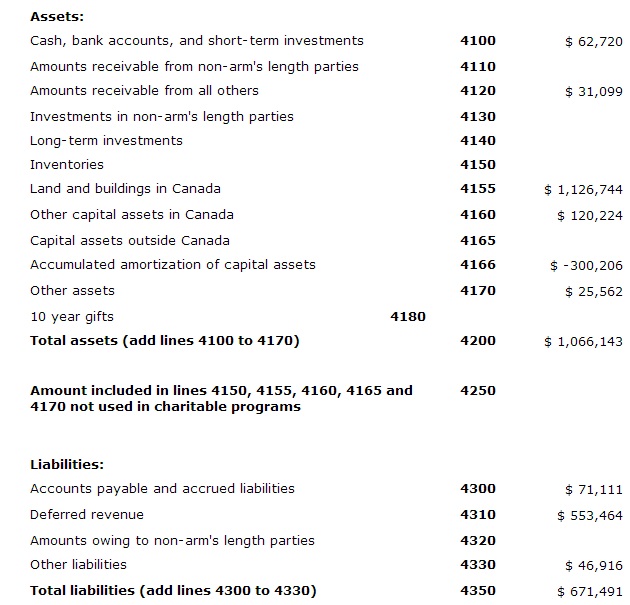 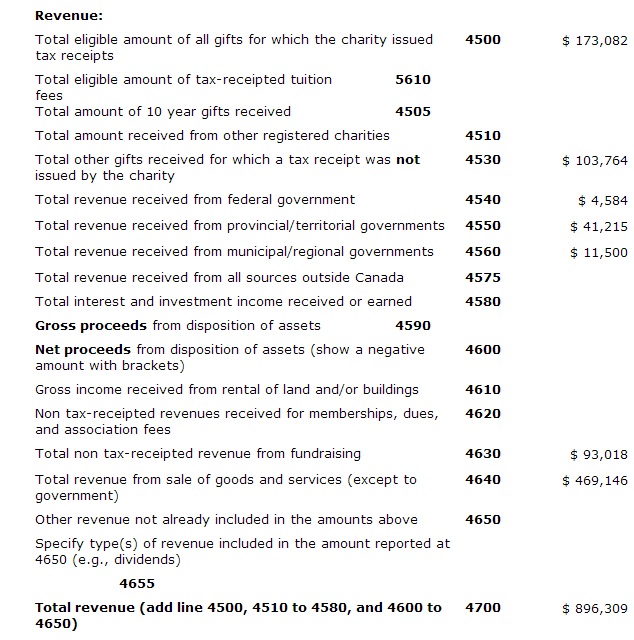 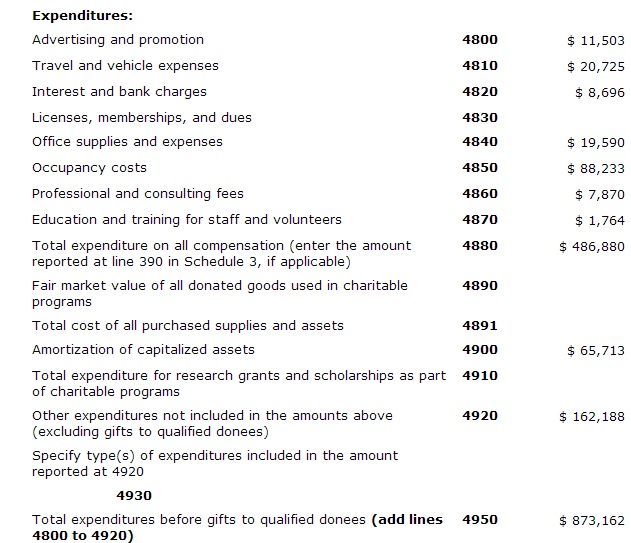 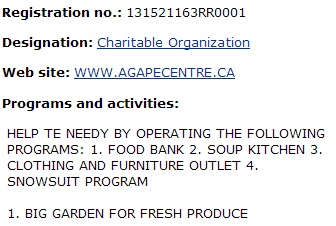 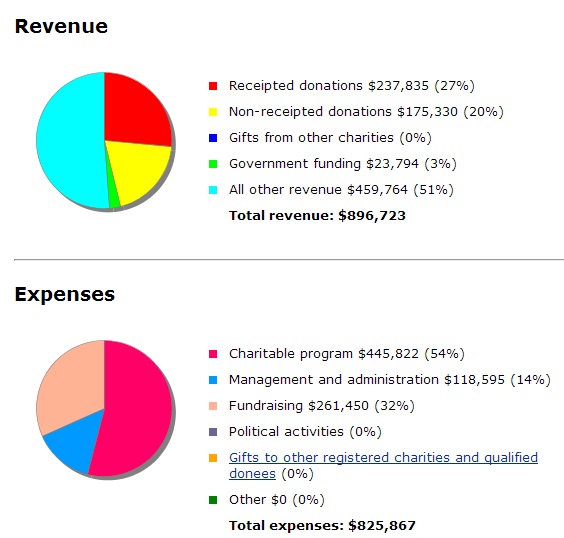 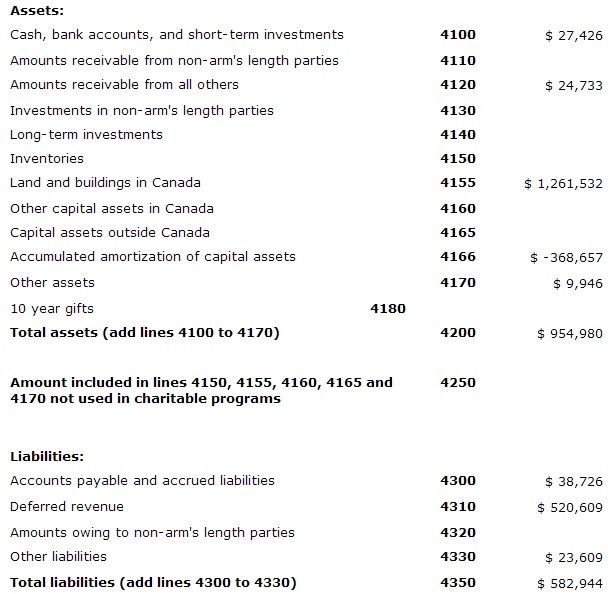 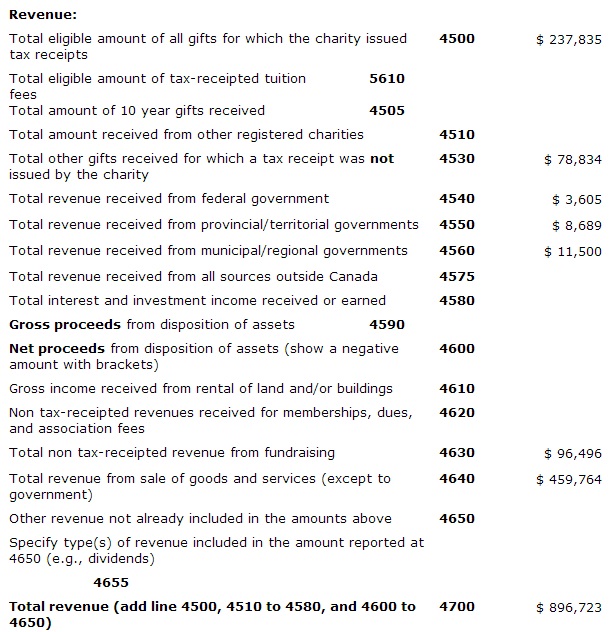 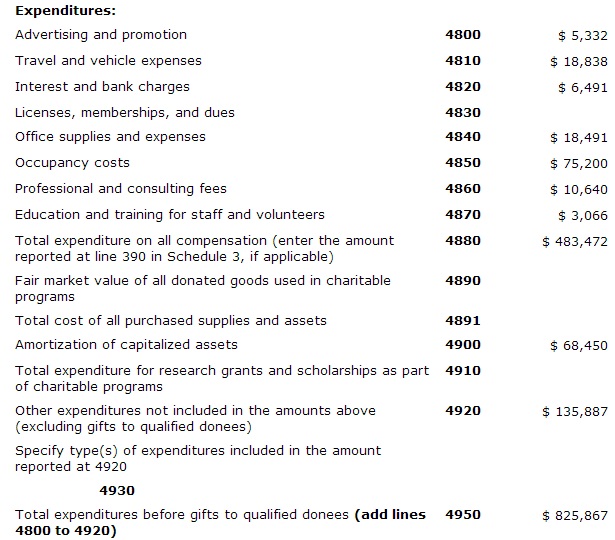 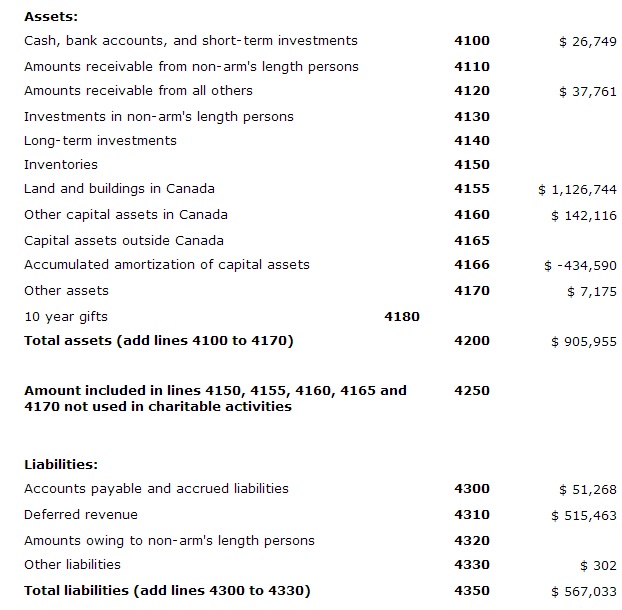 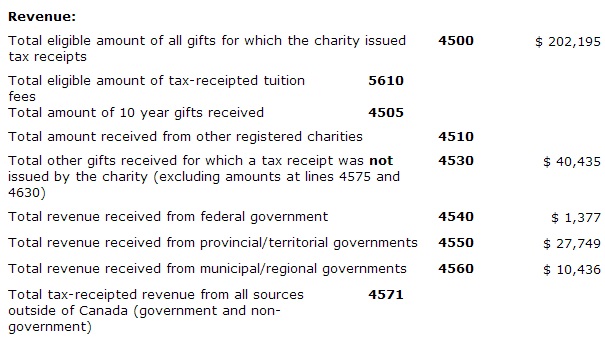 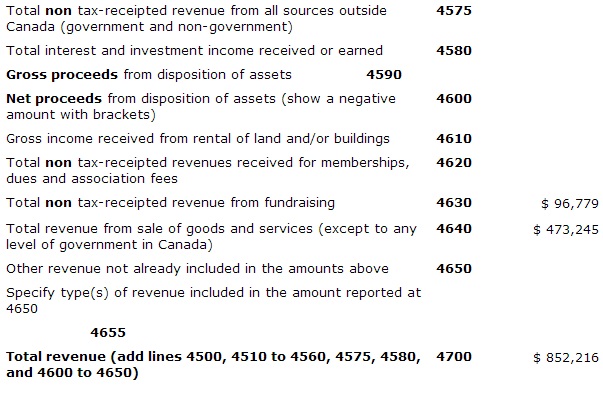 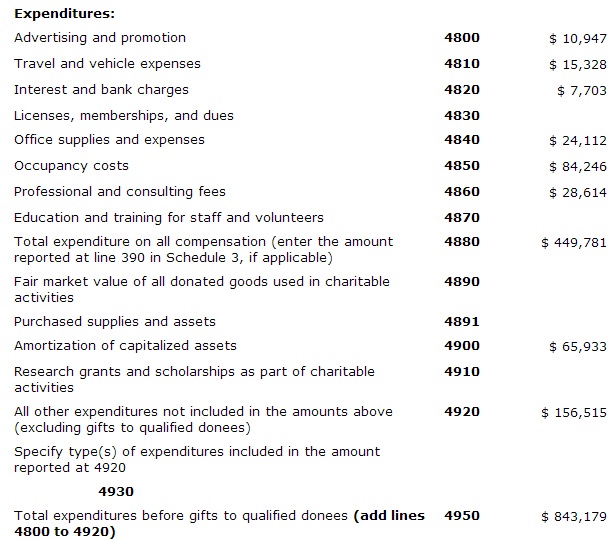 Cornwall Ontario – When I wrote my piece about Alyssa Blais and the Agape Centre sending out nasty legal letters to former Agape people from Ottawa Law firm Emond Harnden it was a surprise preamble of an expose I’d been preparing.    The fact that this charity had the audacity to challenge someone in this manner is odd enough; but today I myself received a phone call from someone claiming to be from the law firm.

It reminded me of a quote Sean Connery once used in a movie so I decided to start digging further.    I mean someone takes a swing at you it kinda makes you want to take a swing back, right?

So I went to the CRA website and decided to pull the info on The Agape Centre going back several years.

Frankly I was shocked.  Can you imagine an organization spending nearly $1M per year in a city of only 46,000?

How many different individuals are served per year? Food bank we’re talking which is the main purpose of the Agape; not the junk store.     100?  200?  1000?  If you divide 1000 by the yearly budget you could theoretically donate close to $10,000 per year to each person served which is probably an awful lot more than what most people get that use the Agape Centre regularly.

Under Liabilities they reported $ 602,544 in deferred revenue (I’m not even sure what that is!)

$ 834,366
That left nearly $100K more in revenue if my weak math skills are getting this?
Of interest:
Total expenditures on charitable programs  $ 537,163  – So Agape raised nearly $1M to spend nearly $900K on just over $500K in services in 2010.
Total expenditures on management and administration  $ 68,498  –  that’s actually a fairly reasonable number.
Total expenditures on fundraising  $ 228,706    That’s an epic fail when you spend nearly twice as much on fundraising as you actually raise!
Now for 2011.
In 2011 CRA started what they call a Quick view of a charity report.
Here is what Agape stated that their programs were.

Those are all needed. Now this gets fuzzy to me.   After all I’m not an accountant.  According to numbers filed by Agape above they spent $558K or 64% of their expenses on services, but also spent $486K on staff?  That seems to equal more than the totals they filed?      They also had 4 full timers over the $40K mark per year which seems pretty heavy for a food bank of this size city?

Alyssa Blais started   2010-12-20 which means 2011 is all hers depending on when they have their official year end.   So the first year that she is Director staffers over $40K double.

Brian Snyder, Mayor Kilger’s Brother in Law is the Chair and cliquesters like Rick Shaver and Denis Lapierre (who is now Mr. Shavers head sales guy at the Seaway News was also on the board.) Lise Snider is also on the board as well. I’ll have to find out what they mean by deferred revenue?   Their numbers look pretty good.  I mean when you’re assets are above your liabilities that’s always a good thing. Looking at revenues it shows that in some ways Agape is more a junk store competing with our local flea markets rather than a food bank as they seem to be mostly cycling dollars.   I guess employing people isn’t the worst thing to do? Wow, Agape spent nearly $1K per month on advertising and promotion (none with CFN for the record)

This is confusing to me.   They show $69K in management and admin yet have four jobs over $40K per year?    $244K in fundraising; but where are the results? $896K in revenue – $825K in expenses.  With three years in the black like this you would expect the Agape would have a pile of cash in the bank?  Yet they report having less than $30K cash on hand?   Note they spent $261K on fundraising.  Kinda makes you wonder what they count as Fundraising?

Staffers back to 2 over $40K – still over $450K in salary and now $10K in extra professional/consulting fees. Junk shop sales equal over half of Agape revenue in 2012. Again, I’m not quite sure how they add up their numbers…. Cash from junk store is still over half of the revenue for the Agape Centre in 2013. Consulting fees jump to $28K   Wonder if that was spent on researching Ms Blais new concept of having an orchard for Agape?

So the trend we see is that expenditures on services is running near equal with yearly staffing costs?

Is the purpose of the Agape to employ people or feed and care for people?   What’s not on this list is the amount of volunteers and volunteer hours.  While CFN does not have any statistics we do have an awful lot of former volunteers with very little good to speak of Ms Blais and the Agape Centre under her command.

Looking at these numbers it begs the question of why this business model is in play?  It seems more like preserving an asset in the property than providing real care for those that need it most?   But I’m not an expert and can be completely wrong.

Wouldn’t it make sense to sell the property and either buy or lease a smaller location and run a food bank and emergency service facility that was volunteer based?

There was a church on Pitt Street that sold last year to the good folks at CBM that was listed for less than $300K – surely if Agape had made a sideways move like that interest from the remainder of the sale of their property could help fund their services?

But the late Joe Gunn, who was a pundit on our radio station Seawayradio.com said he’d never donate to them after they nabbed around $200K from the city to buy the building.   He shared that it should be up to people to donate or not by their choice and not have tax dollars spent.   I tend to agree with his position.

City Councilor Elaine MacDonald clearly doesn’t as she lobbies council to toss out an extra $57K to Agape for….adding value to the building.   Ms MacDonald is also on the board of…..the Agape Centre.

Whomever one day replaces Ms Blais has to learn to develop community support.   The Agape buys a lot of food according to last years bleating on Ottawa television.   The Mission should come first.   Wouldn’t it be better to get support from area orchards than planting them?  Is that really a priority and how much did that cost Agape so far?

And how do you have such a large facility without having a shelter of some sort?  Even a day shelter?

Surely there is an ill in this organization when it is as staff heavy as it is for the services it delivers?  At least to a reasonable person.

Is the junk store really making any money at the end of the day when you consider the cost of staffing, trucking, waste disposal and the amount of real estate it takes up in the facility?  Are the allegations of cronyism and nepotism true?

And at the end of the day should this charity be firing off expensive high end Ottawa legal firm lawyer letters willy nilly?   Shouldn’t a charity have to be transparent?  Shouldn’t its board and staff be accountable?

And finally should a charity be a launching site for someone’s political aspirations or machinations?

The public supports helping the community; but this group seems to be failing at raising money and really good at spending it; and seemingly more on salaries for staff than on services for the poor?

Does this scribbler have the answers?  Well maybe a few. I’ve heard some great ideas since I started researching and digging on Ms Blais and her team at the Agape.     I’ve met some nice people who used to work and volunteer there that would dearly like to help again one day; but the common song they sing is; after Alyssa Blais is gone.

Next chapter – we start to release the interviews….

In the meanwhile what do you think dear viewers of CFN?  You can post your comments below.