The Knives Are Out Early – Will this be a clean election in Cornwall Ontario? 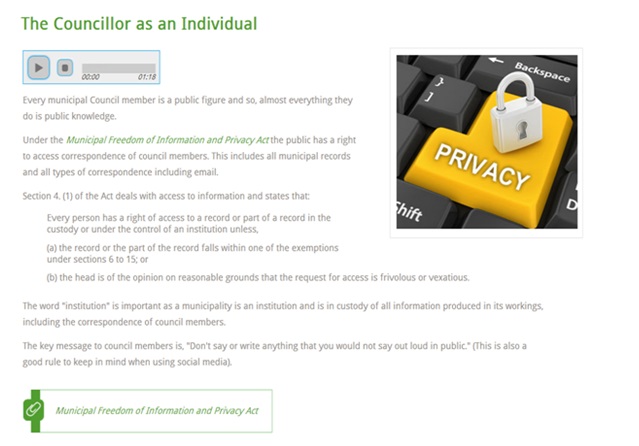 It’s hard to juggle running CFN and getting my campaign going.  It’s been particularly hard this past week, what with dealing with a hate group and some of the political knives coming out early.

It’s always awesome to get people to out themselves early in the game.   This has happened with some of those running for council already, and of course Mayor Kilger who did not even bother to email back regarding my challenge to debate.

There is an actual training course available online and it teaches candidates for office how to interact with the media.   And whether candidates in Cornwall like it or not I still am editor of the largest newspaper in the city as well as candidate for mayor.

CFN has a long political history and we’ve conducted some amazing interviews and debates.  One of the first things I’ve learned is that even if I find someone repugnant and unprofessional like an Elaine MacDonald; you know, an utter hypocrite who’s so petty that she doesn’t even hide her agendas; that I still have to deal with them politely and fairly.  In politics you even have to agree and support something put forward by someone you don’t like if it helps the community.  That’s what good government does.

When you are elected to office you actually represent everyone, and not just those that contributed to your campaign or you like.

So when I sent out invites to candidates ( I always invite to all) to organize morning coffee chats or invites to video debates I was not surprised that some were so unprofessional that they did not reply.   I actually expected it from people like David Murphy.

My campaign is about change.  Not just the kind where you change bobble heads and it’s business as usual.   Sadly though good candidates are not stepping up, at least not yet.  We either have a few well meaning people with no chance of understanding how things work which makes them vulnerable and open to influence, or simply wannabees who know how to use photoshop  like Guy St. Jean (who was active in the hate group btw).

Running for office really should be about leadership; not about who dresses nicest.  I mean  think about it for a second.  A vote for anyone on council is essentially asking someone to run your bank account.  To decide how much extra you pay to live in Cornwall and whether you own a home, rent a home, or have a business in Cornwall we all pay those taxes.  Right now the average home owner in Cornwall is spending at least $100 per year needlessly because of poor government.   The real number is probably closer to $1,000 per year.

We also need people to stand up to injustice, corruption, and yes, influence peddling at City Hall or we will guaranteed see our waterfront destroyed and sold off to a small group of lever pullers without due process.

I’m also seeing abuse by one media outlet in particular; The Seaway News.    Not sure how they run a media outlet, but I was taught that during an election period you had to give equal access, and that included commentary and ad buy rates?      I expected this to some degree; but what we’re seeing early on is pretty ugly.

Also at City Hall.  When I filed my papers, Helen Finn, our clerk, referred to CFN as a blog which was and is shocking as she plays a role in this election, and if she truly is that ignorant to call an online newspaper a blog…well that would mean that she’s most likely influenced by Mayor Kilger who also refers to CFN as a blog as though it’s a curse word.

Again, for Democracy to triumph we need a clean and fair election.  If you have to resort to the level of cheating and dirty politics to win you either are totally insecure or a total toe rag, or both.

This election is about choice.   I think it’s like those that read CFN and complain about negative stories, but then don’t click on positive ones.  Recently I ran a piece about our schools doing better in the Fraser report.  I gave kudos to the schools and kids for raising their scores.   That story had about 25% the traffic of the story I had run earlier about the schools sucking out.

Change won’t come because of one person running for office.  It will come from people truly wanting it enough to make it happen.

My campaign is simply a conduit for that change to happen.  It’s a clear choice.  Cornwall will either choose the status quo or change in October. The Knives Are Out Early – Will this be a clean election in Cornwall Ontario? added by admin on March 7, 2014
View all posts by admin →

7 Responses to "The Knives Are Out Early – Will this be a clean election in Cornwall Ontario?"