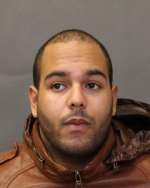 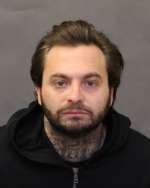 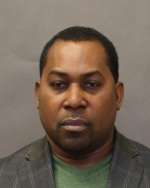 CFN – On Wednesday, May 7, 2014, at 4:30 p.m., officers arrested three men in the Queen Street West and James Street area. The arrests are part of a $200,000 Fraud investigation. It is alleged that:– Since 2013, three men travelled to Toronto from Montreal on multiple occasions– these men participated in distraction thefts (pickpockets) in downtown bars and restaurants.– they committed a Break-and-Enter into a hotel room, stealing wallets, money and identification– they would utilize the information obtained from the stolen identification to change PINs– they used the stolen cards to purchase high-end clothing and items from stores in Toronto– over this 11-month investigation, these men defrauded their victims of over $200,000It is believed similar incidents of theft and fraud may have been committed in Peel Region, Ottawa, Laval, Quebec and Vancouver.David Rossy, 27, of Montreal, is charged with the following:1) Participate in a Criminal Organization2) Break-and-Enter3) Possession Of Property Obtained By Crime under $5000 (12 counts)4) Fraud Under $5000 (11 counts)5) Possession Of Stolen Credit Card (8 counts)6) Use Stolen Credit Card (11 counts)7) Fraud Over $5000 (2 counts)8) Theft Under $5000 (2 counts)9) Fraudulently Obtain Food or Lodging10) Conspiracy To Commit An Indictable Offence11) Carry A Concealed Weapon12) Weapons Dangerous13) Possession of Proceeds Of Crime (2 counts) Andre Beaulieu, 32, of Montreal, was charged with the following;1) Participate in a Criminal Organization2) Break-and-Enter and Commit an Indictable Offence3) Possession Of Property Obtained By Crime Under $5000 (13 counts)4) Fraud Under $5000 (15 counts)5) Use Stolen Credit Card (16 counts)6) Identity Theft7) Theft Under $5000 (3 counts)8) Fraud Over $50009) Fraudulently Obtain Food or Lodging10) Fail To Appear in Court11) Conspiracy to Commit an Indictable Offence12) Possession Of the Proceeds Of Crime (2 counts) 13) Fail To Comply with Recognizance Ransford Steele, 48, of Montreal, was charged with the following;1) Participate in a Criminal Organization2) Fraud Under $5000 (3 counts)3) Use Stolen Credit Card4) Fraudulently Obtain Food or Lodging5) Possession Of Property Obtained By Crime Under $5000 (2 counts)6) Conspiracy To Commit An Indictable Offence7) Possession Of the Proceeds of Crime (2 counts)On Thursday, May 8, 2014, at 2 p.m., the three men were scheduled to appear in court at Old City Hall, room 101.Anyone with information is asked to contact police at 416-808-5200, Crime Stoppers anonymously at 416-222-TIPS (8477), online at www.222tips.com, text TOR and your message to CRIMES (274637), or Leave A Tip on Facebook. Download the free Crime Stoppers Mobile App on iTunes, Google Play or Blackberry App World.