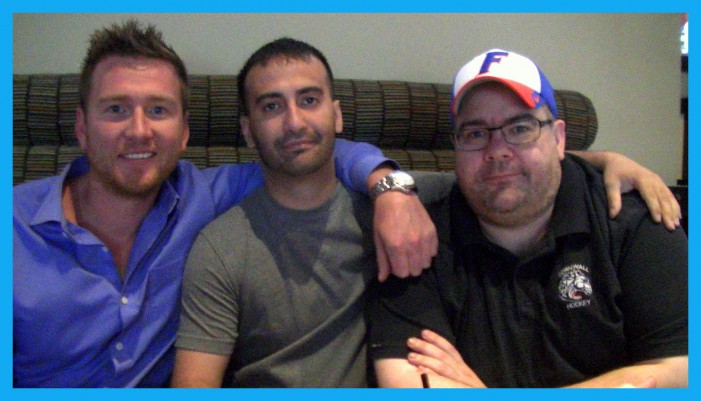 CORNWALL Ontario – Rick Lalonde has been hired as coach and GM of the Cornwall River Kings CFN has learned.    The popular coach guided the team through the turmoil of the last part of the last season.
GM Mitch Gagne resigned over the choice of coach.  Mr. Gagne said that he had been waiting for  Angelo Sanservarino which according to Mr. Gagne team owner Brock Frost was against.
It was at that point that Mr. Gagne tendered his resignation.

I did resign. I made it clear to Brock that if he wanted a certain coach I would walk away, I dont think he would be the right fit. Brock is the boss he offered that person the job so I stepped away. Simple as that.

Great Junior coach and great guy just did not think he was a good fit for this type of hockey.

Mitch added in his closing comments:

To the surprise of perhaps no one, the River Kings and General Manager Mitch Gagne have parted ways.

Gagne didn’t agree with the direction the team was headed according to owner Brock Frost.

Despite rumours that advisor Rick Lalonde would be named the team’s head coach, that is not the case. Lalonde will now serve as the team’s general manager with the departure of Gagne. Al Wagar will step into the role of assistant GM. Both Lalonde and Wagar were already serving as advisors to Frost.

“The departure of Gagne was not only expected but planned for,” said Frost. “We have the right people in place now to move forward as an organization.”

“Absolutely nothing has changed other than we now have two experienced people in the upper-level management positions of the team,” he said.

In the meantime, the head coach search continues. “We are still in the process of interviewing coaches,” said Frost. “We hope to have someone signed very soon.”

What do you think River Kings fans?  You can post your comments below.
UPDATE
The team press release  does not confirm Mr. Lalonde signed on as coach.