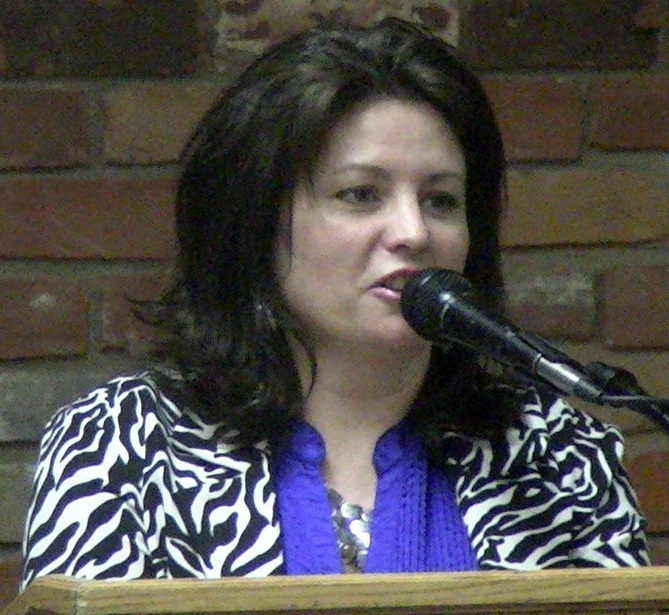 It was a surprising large crowd considering the brutal weather conditions, but significant in that the Conservative MP, MPP, and Mayor of Cornwall were not in attendance although our MPP’s executive assistant was present.

Mr. Brown’s message is refreshing.  He points out the failure of the party under former Leader Tim Hudak and suggested that the “clique” of leadership of his party has led to multiple losses to the Liberal’s who won a majority in the last election after support crumbled when Hudak talked about cutting 100,000 public jobs.

There was a certain irony in the crowd who while supportive are many of the exact people that support the “clique”.

Maybe PC locals are changing their views?  Maybe some were simply curious? The meeting was organised by Roxane Villeneuve Robertson who was one of the victims of the Hudak campaign losing to MPP Grant Crack in her riding.  While it was her first attempt to run for MPP she is the daughter of long time MPP and Minister Noble Villeneuve.

Mr. Brown faces quite the challenge as Christine Elliot is still favored to win the race.    The race has been a feisty one with Patrick pointing out connections between the other candidates and the Hudak leadership while some have criticized him for leaving the door open for he himself to stay in Federal waters if he doesn’t win the leadership nomination.

Our MPP Jim McDonell had cast his support for Lisa MacLeod who has since dropped from the race to mull a run in Federal politics in John Baird’s riding.   He has not publicly signaled who he will throw his support behind.

Mr. Brown sat next to South Stormont Deputy Mayor Tammy Hart who was wearing a Brown pin before speaking, and herself condemned several times during the last term by the Integrity Commissioner, and is facing her own legal travails.  South Stormont Councilor Dave Smith was also in attendance as well as former Cornwall Councilor Glen G Grant.

CFN also wishes riding president Judy Bobka well with her health challenges.   She was not in attendance at the event.