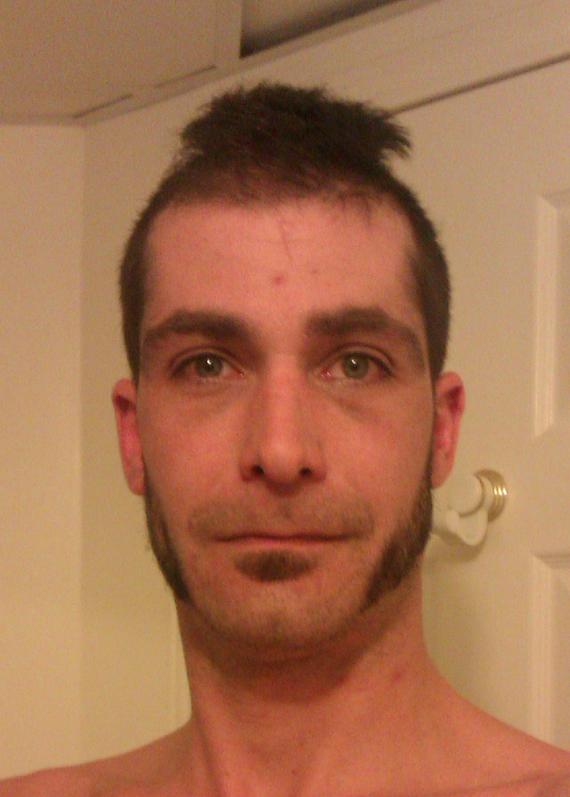 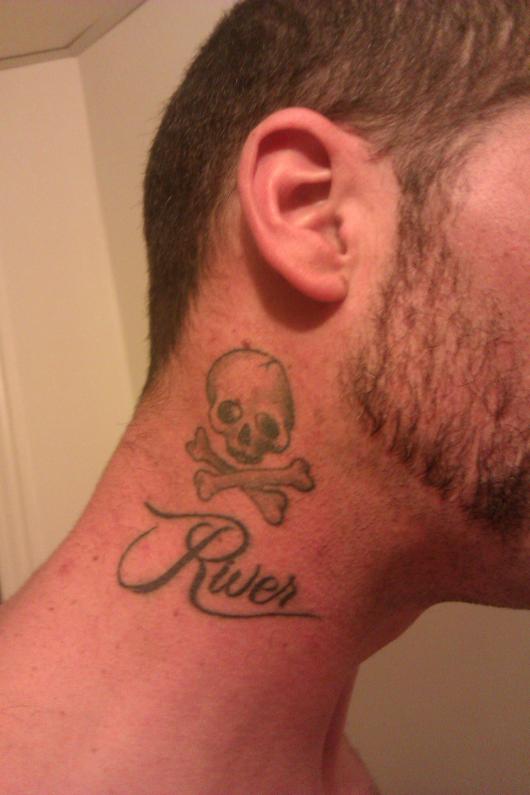 Cornwall, ON – Justin Square, age 19, of Hogansburg NY was arrested on September 18, 2015. He was located by police with the assistance of the public after he left the scene of an accident in the area of Ninth Street and Sydney Street. He was found to be under the influence of alcohol. He was charged with Impaired Operation of a Motor Vehicle, Refuse to Provide a Breath Sample, Fail to Stop at the Scene of an Accident, and Dangerous Operation of a Motor Vehicle. He was held for a Bail Hearing.

Cornwall, ON – Kevin Flaro, age 53, of Martintown, ON was arrested on September 19, 2015. He was located by police operating a motor vehicle while under the influence of alcohol on Cornwall Centre Road. During the course of a traffic stop he was taken into custody. He was subsequently charged with Impaired Operation of a Motor Vehicle and Driving with more than 80 mgs of alcohol in 100 mls of blood. He was released to appear in court on October 1, 2015.

Cornwall, ON – A 25 year old Cornwall man was arrested on September 19, 2015. It is alleged that on this date he engaged in a verbal argument with his common-law girlfriend which escalated to him assaulting her in the presence of police. The man also assaulted police who were intervening to prevent the offence from continuing. He was charged with Domestic Assault and Assault Police. He was held for a Bail Hearing. There were no injuries as a result of the assaults. The man’s name is not being released in order to protect the identity of the victim.

Cornwall, ON – A 34 year old Cornwall man was arrested on September 19, 2015. He is currently bound by an Undertaking Order with the relevant condition to keep the peace and be of good behaviour. It is alleged that on this date he engaged in a verbal argument with his common-law girlfriend at their residence which escalated to him punching her LCD television and causing damage to it. Police were contacted and an investigation was conducted. The man was charged with Domestic Mischief and Breach of Undertaking. He was held for a Bail Hearing. His name is not being released in order to protect the identity of the victim.

Cornwall, ON – Donald Peddle, age 43, of Cornwall, was arrested on September 19, 2015. He is currently bound by a Recognizance Order with the relevant condition to report to the Cornwall Police Station every Friday. On September 18, 2015, he failed to report and made no attempt to advise that he was unable to attend. He was taken into custody and charged with Breach of Recognizance. He was held for a Bail Hearing.

THEFTS OF OUTBOARD MOTORS
Residents targeted along the Ottawa River(HAWKESBURY, ON) – The Hawkesbury Ontario Provincial Police (OPP) is investigating a series of thefts of outboard motors reported within the last five weeks. These incidents have occurred at private residences along the Ottawa River in the L’Orignal and Lefaivre areas in Champlain and Alfred-Plantagenet Townships. Small engines such as 9.9 HP up to 25 HP – 40 HP have been targeted while boats are on trailers and on private properties.The matter is still under investigation.Boat owners are advised to be particularly vigilant when storing their embarkation to         reduce the risk of being victimized.

POLICE SEEKS ASSISTANCE IN LOCATING WANTED MALE
Robert James FOWLER(HAWKESBURY, ON) – The Hawkesbury Crime Unit of the Ontario Provincial Police (OPP) needs the assistance of the public to locate man charged in relation to a sexual assault on a child that was reported to police in October 2014. An Arrest Warrant for Sexual Assault is outstanding for, 36-year-old Robert James (Jamie) FOWLER, also known as “Rob BUFFUM“.He is described as:

o   Skull and crossbones with the name RIVER in cursive letters on the right side of his neck.
o   PUFF in black block letters on his right biceps.
o   letter A with orange flames on his right lower leg.

In 2014 the accused resided in Alfred-Plantagenet Township. He is known to have been in Belleville prior to the incident and was possibly seen afterward in the Ottawa area. If you have information or knowledge of his whereabouts or any other information to please contact Detective/Constable Danyk Lafrance at the  Hawkesbury O.P.P. at 613-632-2729

SEARCH WARRANT EXECUTED
Suspect of multiple Break-in nabbed by investigators(HAWKESBURY, ON) – The Hawkesbury Crime Unit of the Ontario Provincial Police (OPP) have been investigating a series of break & enter and theft incidents that occurred between October 2014 and June 2015. Residential homes and businesses were mostly targeted at nighttime and while buildings were vacant. Detective/Constable Steve Hamel and Detective/Constable Danyk Lafrance lead the investigations and with the assistance of OPP Forensic Identification Services (FIS), were able to gather evidence and execute a search warrant at a residence on High Street in Vankleek Hill, in Champlain Township.As a result of the execution of the search warrant on July 30th 2015, their hard work paid off as an extensive amount of stolen items was recovered such as a side by side utility-terrain vehicle (UTV), an all-terrain vehicle (ATV), numerous power tools and several other miscellaneous items including illicit drugs. All recovered stolen property has been returned to their rightful owners.

The combined value of the seized/recovered property is estimated at more than $24,000.

28-year-old, Laurier Jr MAHEU, of Vankleek Hill was arrested and charged with 5 counts of Break and Enter, 2 counts of Theft Over $5000 and Possession of a Schedule II Substance (Cannabis marihuana).

He was released on a Promise to Appear and Undertaking and scheduled to appear at the Ontario Court of Justice in L’Orignal on September 30th 2015.

Investigators have yet to locate the owner of a pair of Water Skis (Aquarite-Combi) recovered during the search warrant. The owner is asked to contact Detective/Constable Steve Hamel or Danyk Lafrance to retrieve the property.

Jennifer VAN DE KAMP (39) of South Stormont, Ontario was arrested and is charged with;

– Driving a Motor Vehicle while Impaired

She was released and is scheduled to appear at the Ontario Court of Justice in Cornwall on October 15, 2015.

(South Dundas) – On September 20, 2015, SD&G OPP officer conducted speed measuring enforcement on Highway 401, South Stormont Townships and intercepted the following vehicle for traveling at excessive speeds. The vehicle was impounded and the driver’s permit seized for seven (7) days in accordance to policy.

(South Stormont) – On September 20, 2015 at approximately 9:43am, SD&G OPP officers responded to a report of a break-in at a residence on Headline Road, South Stormont Township.

(South Stormont) – On September 20, 2015 at approximately 12:59pm, SD&G OPP officers responded to a report of a break-in at a residence on Headline Road, South Stormont Township.

(North Dundas)  On September 17, 2015 at approximately 2:06pm Stormont, Dundas & Glengarry Ontario Provincial Police officers responded to a report of a male being attacked by two dogs on Cameron Road, North Dundas Township.  The investigation revealed that an adult male was walking on Cameron Road when two scruffy long haired white dogs attacked the male and bit him several times.  The male attended Hospital for his injuries. The SD&G OPP are asking for the public’s assistance in locating the dogs and their owners.

(Ottawa) — The Ottawa Police Service’s Major Crime Section is investigating the stabbing death of a 17 year old male that occurred earlier this morning.

Just after midnight on the 20th of September 2015, police and emergency services were called to the 2000 block of Jasmine Crescent in Ottawa in response to a 911 call.

They found two male victims suffering from stab wounds. Both males were brought to hospital by paramedics. One of the males died of his injuries. There are two males in custody. The identity of the victim will not be released at this time.

Investigators determined that the incident was not a random attack.

Keanu CROTEAU, 18 years old and Mohamad HAMADE, 25 years old, both of Ottawa, have been charged with 2nd Degree murder.

They are also facing an additional charge of Attempted murder in relation to a 2nd stabbing victim, a male in his 20s.

They appeared in court this morning.

(Ottawa) — On the 19th day of September 2015, at approximately 2:45am East Division Patrol Officers responded to the 900 block of Montreal Rd in relation to reports of a person with a gun.

Patrol officers were able to locate the suspects and a related vehicle in the area. A loaded firearm was seized along with ammunition. Investigation revealed the accused persons in this matter attempted to discharge a handgun on multiple occasions on two victims. It is not known at this time why the firearm did not discharge. The two accused are also facing charges in relation to assaults causing bodily harm. The two accused, Kevin LANGLOIS (32years of age) and Elizabeth RUBEC (32 years of age) are being charged with attempted murder along with multiple other firearm and assault related offences.

The Ottawa Police Guns and Gangs Unit has taken carriage of the investigation and is looking to speak with any outstanding witnesses or victims.