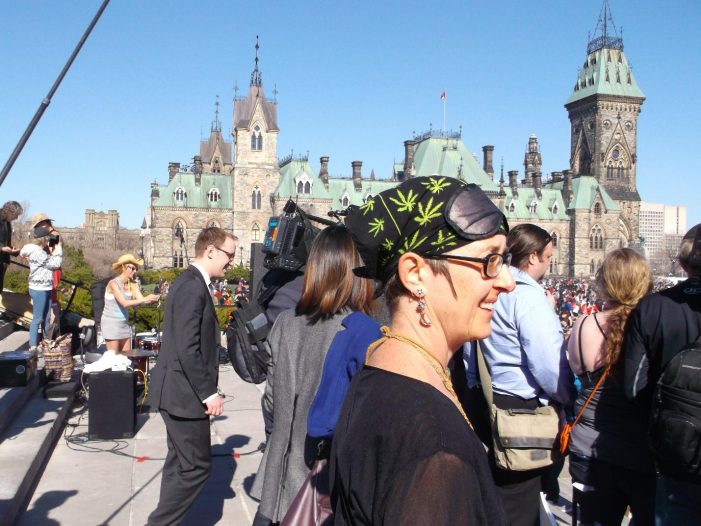 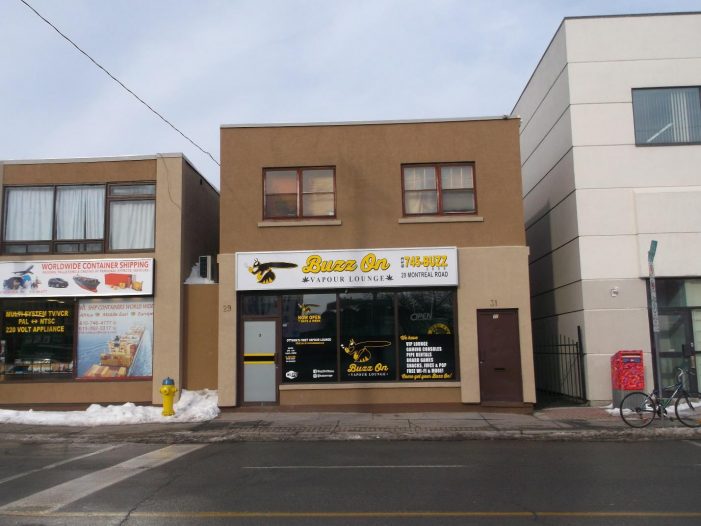 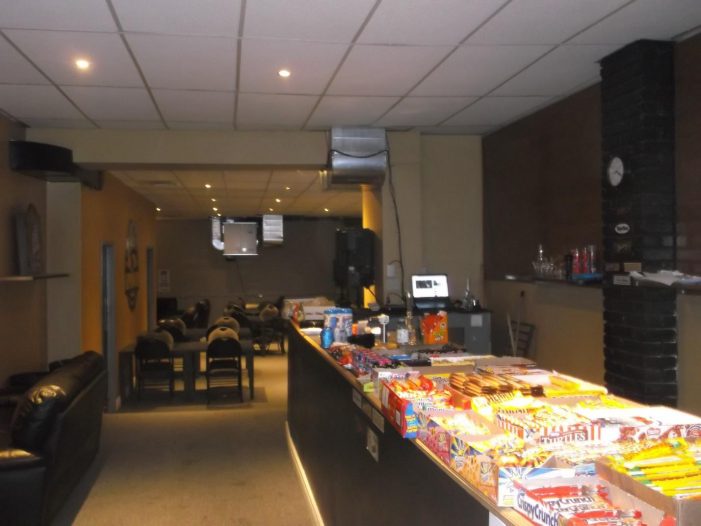 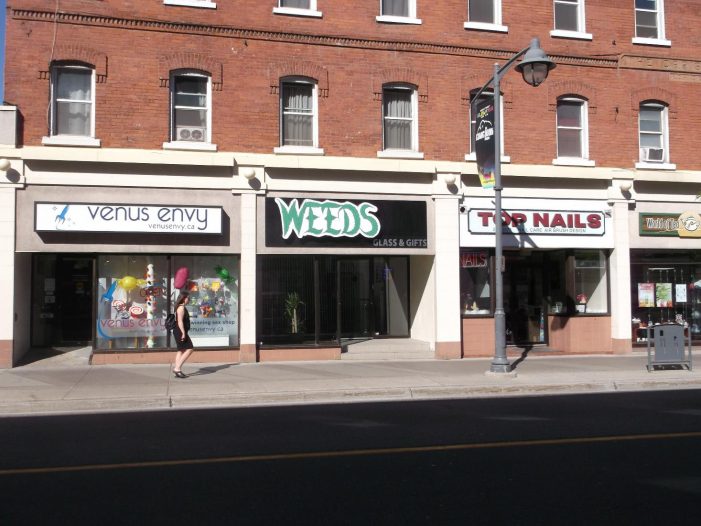 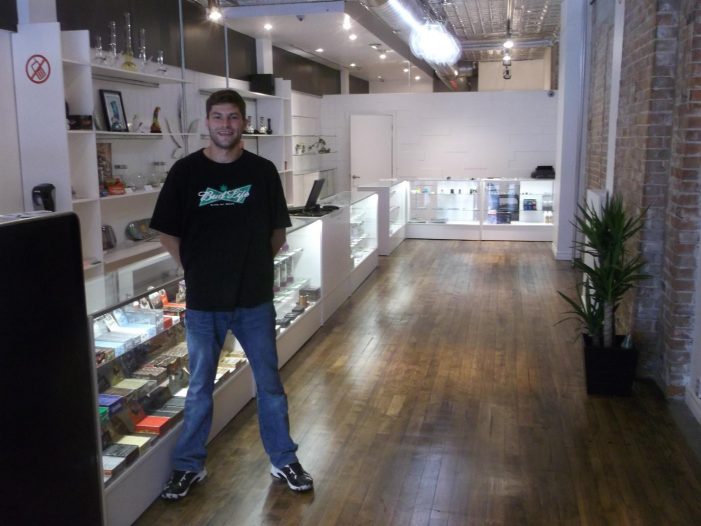 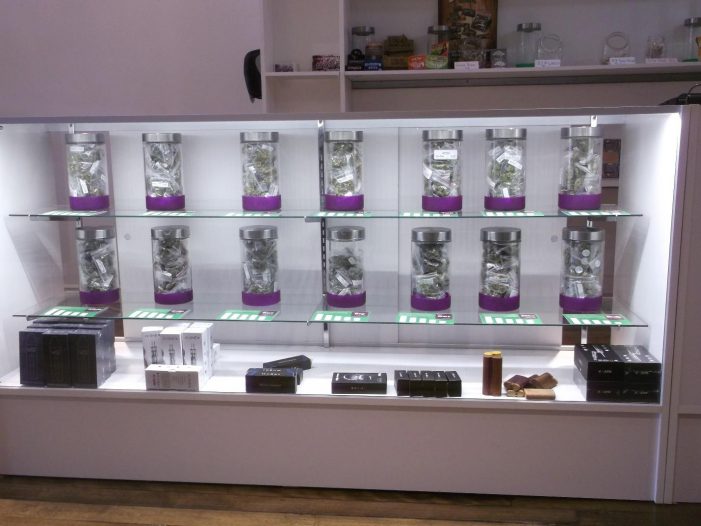 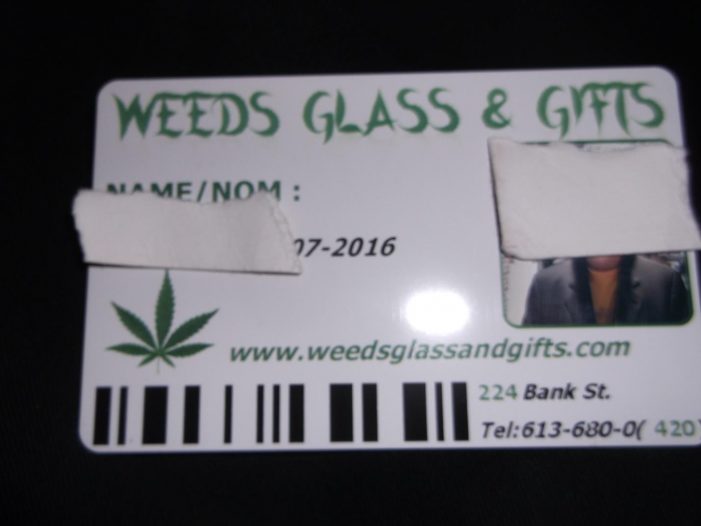 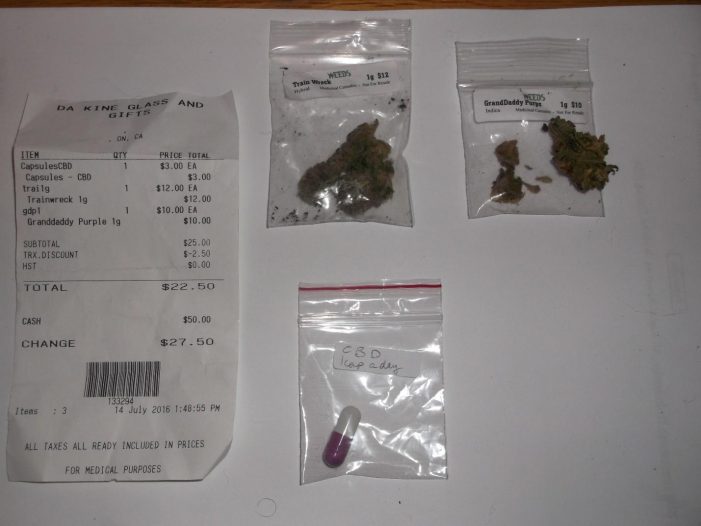 In choral unison the macabre delirious Kings and Queens of dope , otherwise known as the Federal Marijuana Task Force, obsessed with narcotic fumes screamed in rage, “Get those green n*****s off Parliament Hill!” They put on their Hazmat suits and arc welding masks recently to observe top secret video taped evidence of ten thousand rioting delinquent outsiders of the Canadian dream who were all mobbed up, miraculously without immediately perceived self inflicted injury, committing whole series of indictable offenses in open view while all jacked up on reefer sticks this April 20th.

The F.M.T.F. want to go from chasing marijuana users like dogs to walking them on a short leash.

Over-regulating reefer sticks and its users out of existence using slick dialogue and snake oil evidence worthy of any 17th century slaver quoting from a book of faith is the job of the F.M.T.F. also known as Committee to Regulate All Pleasure, aka C.R.A.P.

In the face of this new fashion called reason, hysterical foundations and fancy positivistic careers based on enough fudged science to drive Thomas Kuhn to spit nickels to Hawaii, CRAP seems to be the latest mushroom sprouting out of the official fertilized darkness. C.R.A.P is mainly a crazed hysterical mob of counterfeit intellectuals faced with a charismatic social and economic climate. The like of these intellectual frauds can be found in the academic historical arguments for slavery, against women’s rights and for prohibition.

This is the crowd that has so many marijuana scalps on their belts that their social conscience was asphyxiated. Now, are they in charge? They are always there – the unbalanced, swayed, dark forces of anti-social interests repeating and stirring the pot of lies to stoke ignorant imagination. What terrible adults they are to kidnap our children, lock up our co-workers, influence our laws and padlock our doors creating an overwhelming sense of US and THEM, what an isolation of despair.

I have lost track of how many Zeppelins filled with marijuana prisoners have been shipped off to clandestine experimental arctic prisons.

CRAP stands on the face of all the scientific reasoning. The resistance that encourages prohibition is so well written about in a piece by Kate Allen of The Toronto Star, called ‘Why Canada banned Pot (Science had nothing to do with it)’.

Why does CRAP stand on the face of the Le Dain Commission and the prorogued 2003 Senate Commission?

Why is all this rational behaviour just so much extraneous nonsense to be ignored again by this profane task force enshrining itself in a streamlined surreal super scary survey and twenty-seven page discussion paper written by Harry J. Anslinger called, ‘Toward the Legalization, regulation and restriction of access to marijuana”?

Shadowy scarecrows and parliamentary owls are trying to lance, squeeze and drain any sensibility from the current otherwise socially moral approach while trying to kick and stuff all the cats back into the bag. Harry, by the way, also crafted Ontario Bills 45 and 178 designed to shut down vaping lounges frequented and owned by those previously able to govern their own behaviour in a consenting manner.

Imagine the terror of someone smoking a joint, eating a sub-sandwich and meeting with some friends. And so Ottawa had to say goodbye to Buzz On. Buzz was a vapour lounge on Montreal Road in Ottawa who chose a year of successful experimental valour to stay open and then close ahead of litigation and anti-medicinal hysteria a few weeks ago. “We’ve got to protect the children,” is the constant refrain of the slanted skewed screwed splattered and silly as a goose legalization survey. 1. Should marijuana be sold in lead lined containers and delivered by the Canadian Army Military Police in one gram portions?

2. How quickly should children under the age of eighteen be taken away from parents who use marijuana?

3. How much jail time should be given to an old woman who grows pot plants along side her tomatoes to give as a gift to her neighbours?

4. Should marijuana be hidden behind opaque metal cabinets like tobacco or openly displayed like insecticide, rifles and ammunition in a hardware store chain?

5. What can be done to destroy the trend of mom and pop marijuana dispensaries opening up on Main Street Canada paying enormous tax windfalls to the Canadian Revenue Agency in order to accommodate the needs of certain licensed producers coincidentally operated by certain ex-officials of the Canadian dream?

While not actually on the door steps of Parliament but within a fifteen minute walk any Member of Parliament or all of them are welcome to the 200 block of Bank Street in Ottawa to score marijuana or buy a bong. In an antiseptic spacious storefront called Weeds, the 2nd in Ottawa of a nation wide chain owned by Don Briere, presents a wide variety of marijuana strains and its derivatives in glass containers displayed in jewelry style counters. It is managed by Nick Dumond. The front door opens and closes every five minutes. “I can spot the members right away because they reach for their wallets or purses to pull out their cards,” Nick Dumond smiled. After submitting a prescription for a medical situation Weeds makes a copy of your photo identification and creates a member ID card. The card is to be shown when ever making a purchase hence forth. The data bank is stored on one of those fancy Mission Impossible UBS thingys with a self destruct false password entry button. “Everyone gets the same lecture,” explains one of the staff. “You are entitled to one ounce a day. If we find out you are reselling we destroy your card. Place all cell phones or cameras in your pocket. You may only purchase for yourself.” “If you want to smoke a cigarette out on the sidewalk, that’s okay but absolutely no pot smoking is allowed in or around here, please,” Nick waved a hand. “Oh, and by the way. Contrary to previous reports I do not have stage four cancer.”

Quite a few marijuana dispensaries look like Nick’s. They are a model for how consumers want to shop and be treated. They want respect, not giggles and to talk with people that have product knowledge.

They want to see, touch and examine a product that has the price of a precious metal.

They want concern and availability not questionable irradiated shake delivered to often pilfered community mail boxes. The marijuana community has been folk based since its inception and has nothing to gain from being morphed into another mind bending expensive government monopoly board.

Increasingly grey haired consumers are making purchases and their needs and wants appear normal and reasonable. They don’t understand why every minutia of their behaviour must be over regulated and scrutinized by oblivious administrative bureaucratic control freaks that dislike small business and community standards based on the inane labeling theory of shouting crime every time Lunch Box Joe takes a bong hit. As for the children of Ottawa, their future traumas are likely to come from the influenced chairs of Parliament and city council more than any community store.

From Behind the Green Closet Door – Marijuana Dispensaries in Ottawa by Roy Berger July 17, 2016 added by admin on July 17, 2016
View all posts by admin →

10 Responses to "From Behind the Green Closet Door – Marijuana Dispensaries in Ottawa by Roy Berger July 17, 2016"