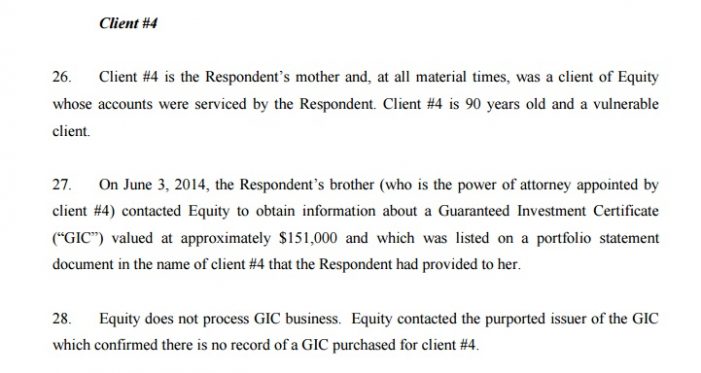 Cornwall Ontario –   I live in a very odd community.  It’s as though the bottle is upside down and nothing spills.

Former Team Cornwall President Gilles Latour, who is still facing 43 criminal charges, was fined $900,000.00 by the MFDA for all sorts of icky things against his investment clients including stiffing his own mother allegedly. Ironically, previous reports stated he was back living in his mom’s basement with his sports memorabilia collection which says a lot more about his mom than himself.   The former Liberal bagman for former Mayor Bob Kilger has certainly taken a swan dive since his scandal broke.

In the latest MFDA release:

The permanent prohibition at least means he shouldn’t be able to slither away to another town to continue his mayhem.

Oddly enough, in this community people like Mr. Latour  are still socially acceptable.  Latour was actually mentioned at a Team Cornwall event from its current President.

It’s embarrassing, but this after all that is a community that instead of celebrating the success of Hollywood Star Ryan Gosling, cheers on those that bullied him as a kid.

Latour may have his fine reduced based on compensation to his victims, but that ship most likely has sailed as it’s been reported that his building has been foreclosed on and the family home in South Stormont (because that’s where you live when you’re the President of Team Cornwall) was seized by Sheriff’s along with its contents.

What do you think dear CFN viewers?  Does Mr. Latour deserve some hard jail time?   Will he get a cookie from his “friends” in low places at City Hall and its tentacles?