Montreal Quebec –   Druglords sport fancy suits, drive souped up sports cars and spread a trail of cash wherever they go.

Here are the best of the best when it comes to Montreal druglords who lived up to those standards.

1 – Ernesto Guillermo Francisco Barretto-Morales, aka Tito Pacheco  “Incredible clothes, alligator shoes, a gold watch with diamonds in it. He could pick up any woman. Nobody beat Tito.” 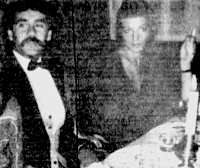 Son of a Peruvian diplomat who first dabbled in cocaine in the early 1970s in Miami when the drug was still rare. Bought supply from WEG boss Dunie Ryan and proceeded to enlist a top lawyer and various other unlikely bluebloods into his web of underlings.

When not traveling in a rented limo, he motored around town in a $82,000 Porsche Targa and had a red telephone that cost him $15,000. He was a regular at Le Prive and the Saga Disco* on Bishop and Le Prive where he befriended barmaid Francine Brisebois who became his wife in Baie Durfe and stood by his side until she killed herself in Lima Peru in 2011. (Pacheco was charged with her murder but acquitted).

Pacheco imported unrefined leaves and processed them in local labs, but the quest for discreetly acquiring chemicals required in their processing was the tricky part. He dressed flashy at all times, often in red. One day wearing red suit, yellow socks, pink boxing boots and a friend asked if he is a coke dealer “would I look this obvious?” as an excellent 1986 profile by Dan Burke recounts. He narrowly escaped prosecution by fleeing the country and still lives in Peru where he was convicted of other crimes recently.

It was springtime and well over freezing.

Rivard confessed to friends that he paid the guards off, a source tells Coolopolis. Lived in Cuba for a while and endured constant police surveillance.

Helped establish the French Connection heroin ring. Featured in thousands of radio, TV and newspaper reports over the years.

3-Jimmy Cournoyer Born 1970 behind bars since 2012. Started by moving marijuana through Kahnawake and then trucked 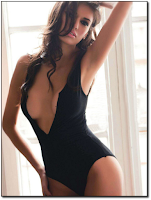 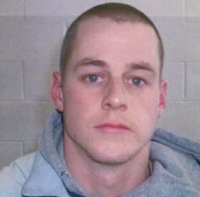 and flew BC marijuana to Quebec and built fancy grow-ops and later an Ecstasy lab. pals with Georges St. Pierre and Leonard Di Caprio. Brazilian model girlfriend. Biker bosses and Capo Vito Rizzuto on the speed dial. Drove a $2 million Bugatti Veyron. Raised affluent in Laval. Father left when he was 16 and he stayed with mom Linda Bremner. Dad went broke and the family became threadbare.  St. Pierre vouched for his character and the hell-of-a-guy defence is believed to have knocked some time off his sentence. 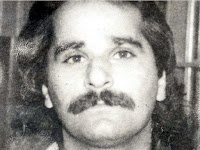 Axed to death in early Dec 2004 by a pair attackers without masks near the Hotel de la Montagne on Mountain at 9:45 one evening after leaving Wanda’s strip club. He was 41. Crime reporter Richard Desamrais happened to see it – “I’ll never forget seeing a forehead smashed with an axe” he said. Muir was initially arrested in 1992 with 2. 6 kg of cocaine and 8.2 kg of hash.

He had such faith in his tarot reader that he paid for her house in Laval, bought her a Jeep Liberty and paid her to come to Cancun. Muir was duped out of over $100 million that he gave to Cambodians Sy Veng Chun and Leng Ky Lech to launder. They were convicted of money laundering in 2014.

5- Daniel Serero born 1957 busted 1996.
Said to have led a gang of 34 and sought control of the West End Gang after the arrest of Allan Ross.

Traveled in a black Mercedes, wore lots of gold, flashed cash, owned a piece of a downtown nightclub.

6- Matt Garner  Weed dealer was raised in Dorion, moved to St. Henri where he used his marijuana cash to fund big-name hip hops shows including Rick Ross, Method Man and Busta Rhymes, his apartment became a magnet for local talent which he attempted to promote.

“Matt made people feel like we could be Toronto or New York City, or Los Angeles, every city’s rap dream,” said music journalist Darcy MacDonald, a close observer of Garner’s efforts.

Garner promoted the image of living large. He was burned to death, along with Einik Gitelman, in his apartment on St. Remi on Nov 11, 2011. The horrific double murder remains unsolved.

7- Paul Cotroni – Frank Cotroni’s second son sported a giant floating diamond ring that was later stolen in an armed robbery at a cafe in St Leonard.

He had his Corvette cut in half lengthwise and widened, so nobody in the world could say that had the same car. He is believed to haveburned down the Oscar nightclub and adjacent buildings on Robert in St. Leonard in 1992 because management fired his girlfriend Michele Veilleux, 24.

8- John Griffin An unappreciated fashion innovator attempted to bring his Italian-inspired styles to the Irish hoods that moved in his circle.

“He’d come in the bar looking like The Mask. And ask ‘don’t you know who I am?'” said one insider.
He was sentenced for the murder of Denis Poirier, 38 in 2003. He was 45 at the time. Three years later his brother Richard, 41, also similarly stylistically inclined, was shot dead with 50 Mafia bullets at 2:30 am on a Wednesday morning on the lawn of his home at Rosedale and Terrebonne in NDG.

9- Elizabeth Barrer Fashionably beguiling nightclubista was involved in marijuana trafficking around Decarie Blvd. while on the lam from the states.

She was shot dead in 2014 after meeting up with another motorist in a quiet section of Lachine.

A friend tells Coolopolis that Barrer was a nice person who didn’t sell drugs other than marijuana.

10 – Ducarme Joseph Thuggish street boss wasn’t much of a fashion plate but his wife owned a fashion boutique called Flawnego, where killers attempted to take him down and ended up shooting innocent people dead.

Joseph is suspected of being involved in the murder of Capo Vito Rizzuto’s son Nick on Upper Lachine in NDG. Joseph was gunned down dead August 1, 2014. He was 46.

This story has been republished from Mr. Gravenor’s blog Coolopolis.  LINK

You can read more of his work by clicking the cover of his book below!