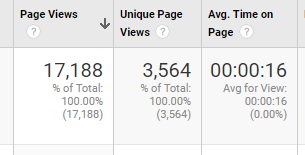 Cornwall Ontario –   Some might call this column “Sour Grapes”, but it really isn’t.  It’s more of a question?

Rogers is a large and wonderful company that offers many great services.  It also has a huge footprint in hockey; something I know a bit about.

My history with the sport professionally started in the 90’s.  I worked in the Sports Card Industry promoting shows and booking hockey athletes for events, as well as working for a major sports card company. As a matter of a fact Shayne Corson, who’s attending the Cornwall event this weekend, worked with me several times and is as awesome a person as he was a player.  Same for Matty Schneider.

I travelled with the Greatest Hockey Legends touring team as well,  and eventually became the Habs first videographer as I’d created hockey scouting tools that to this day still haven’t been matched.    There’s nothing like waking up from dozing in your bus seat to look at at those dark eyes of Maurice Richard waiting for someone to give you a hot foot.    My photographer in the day had this kid that played goalie.  He also had his first autograph signing with me and he, his dad and brother took me to the old Ribtheque where after plying me with alcohol I conducted my first interview.   How many journalists first interviews get to be with the greatest goalie that ever skated up?    Hockey is in my blood.  I write about it also when there’s time.

CFN is the largest newspaper in this community. While some may not be fans, too many don’t get that when you snub this newspaper you are in fact snubbing the community.

Rogers actually has purchased advertising for the event from a company that isn’t even Canadian.

Does that make any sense?   Rogers wants the community to come out and make this event a corporate success, to support Rogers and maybe even use more of their services and brand.   There are two major media outlets in town, this newspaper and the Standard Freeholder.   There are two minor ones, and few other ones after that.

While a wee bit was done with a few of the outlets, is there any real reason to pump cash to media outside of the community, never mind country,  for a Cornwall event at a cost far greater than advertising locally with its largest media outlet?

Some people and entities that do this think that somehow they’re taking a shot at moi, or some are just lazy and roll the corporate media line of buying from chains like Post Media.  They really aren’t.  No tears here.   There always is news to work on and cover.   When you work digitally you know what people click on.   For example we know the results when Rogers brought Roberto Alomar to Cornwall.   A reasonable person would bet that it’d have been a whole lot larger turnout if our viewers were more aware of the event.

Yesterday for example, according to google analytics, we had a mildly good day. Does anyone really think that Rogers wouldn’t have benefited, or the event benefited from that exposure?

Again, anyone that snubs this media, or frankly any media, is snubbing the community.    And when you snub a community’s largest media outlet you’re snubbing the largest part of a community and isn’t that silly?

I wish the alums coming to town the best.  They’re some great guys, and one of my ol faves, Chris Neil is showing up as well.  I always enjoyed working with the plumbers in hockey.  Lyle “Odie” Odelien did his first signing gig with me while a rookie with the Habs and I remember watching him rip open a box of cards looking for his own.

Hockey is Canada and Canada is hockey.    While I wish CFN would be helping celebrate this event,  sadly, because of Rogers snubbing this community I will be happily covering other things.

They say the difference between winning and losing is how we deal with adversity.   The real trick is to be in a position where we win not matter what the outcome.