Cornwall Ontario –  I’ve been a big fan of the salary cap, especially as I created one of the first Rotisserie style hockey league systems way back in the late 80’s.   It makes a lot of sense. However the NHL under the long tenure of Commissioner Gary Bettman has changed the game dramatically. Yes, Bettman […]

Cornwall Ontario – The Ottawa Senators bit first in the trade deadline sweeps dumping D man Dion Phaneuf to Los Angeles in what clearly is a cap deal.   The Sens will save at least $5M depending on what happens on with Marion Gaborik. Gaborik, who’s seen far better days in his career is on the […]

Cornwall Ontario – I love Erik Karlsson.   He’s been a strong leader for the Ottawa Sens who helped lead them right up to the gate of a Stanley Cup championship last season before undergoing major ankle surgery. Karlsson is always a Norris trophy threat and All World player.  He’s taken critics to heart and developed […]

Cornwall Ontario – Ottawa is leading all Canadian teams in points as GM Pierre Dorion clearly has a different understanding of “Going all in” than Habs GM Marc Bergevin. The three team deal saw the Sens land Duchene while giving up Kyle Turris, a 1st and 3rd rp, the Hamburglar, and 2017 1st Rd Pick […]

Cornwall Ontario – First day of the NHL season and hope is eternal for all 31 clubs. Capwise here are how the teams rank from top to bottom: Toronto Vancouver Calgary Ottawa Winnipeg Montreal Edmonton Which just goes to show you that cash doesn’t fix all ills in the cap age. And here are my […]

Cornwall Ontario –  As the puck is about to drop to kick off another NHL season it’s time to look at which teams have improved and which haven’t. Of course when you’re at the bottom there’s generally only one way to go,and of same for when you’re at the top, but in today’s cap age […]

Cornwall Ontario – I’m a secret Ottawa Sens fan.  Of the team, not so much ownership.   I think Ottawa has amazing hockey fans.   Good fans though can get frustrated.   High prices, having to travel to their rink in the boondocks rather than having a downtown rink.  A penny pinching owner. In a […] 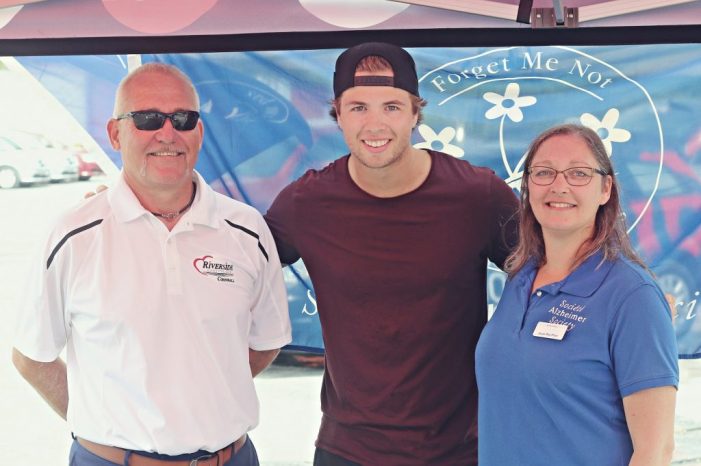 Cornwall Ontario – The man who engineered some great Ottawa Senator teams passed away at 74 after a battle with Cancer. Senator’s owner Eugene Melnyk stated: “Bryan was one of the greatest men that the game of hockey has ever known and also a great father, mentor and teacher.  We extend our sincere condolences to […]

Cornwall Ontario – It’s been a disastrous two years for Habs GM Marc Bergevin.  When owner Geoff Molson fires him this season he won’t be able to say that he wasn’t given every opportunity to win in Montreal. Five seasons with no true improvement in the roster during the cap era is not good for […]