Cornwall ON – Good news for Ontario residents as the Liberal Government is attacking the hidden cost of generic drugs in restricting the drug companies from giving rebates to pharmacies; a practice that inflated the cost of drugs in the Province. LINK When Ontario made an initial, tentative step to rein in rebates and cut […] 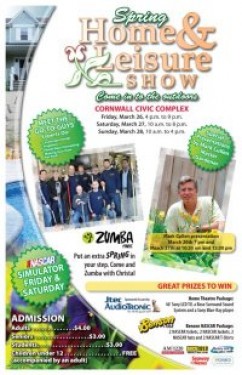 Lots of people and lots of organizations talk about the importance of good health these days, but there’s a world of difference between words and actions.  The ‘importance of diet and fitness’ make great sound bites, but there is so much misleading advertising and so many mistruths in what is being said. First of all, […]

Cornwall Ontario –  There is a protest scheduled for Monday morning in front of MPP Jim Brownell’s office as local CUPE  7811 is protesting hospital cuts that will impact jobs and patient care.  Mr. Brownell contacted us with some information regarding some of the issues of this protest. “These are some comments that I wish […]

Great News about Your Health – It is NOT Supposed to Decline with Age! Dr. Thorin Gault – Cornwall Ontario – March 2, 2010

Great News about Your Health – It is NOT Supposed to Decline with Age! It is undeniable that it is a widely held belief in North America that past a certain age we can expect our level of health to steadily decline. Most expect their health to “peak” somewhere between their late teens and early […]

Cornwall Ontario – Reports came into our office today that the Cornwall CommunityHospital in efforts to shave more off the budget may be letting go of a few doctors.    We’ll be updating this story as we confirm more facts and details. Suffice to say that this could simply be hospital voo doo accounting at […]

Could Dolphins be a clue in the pursuit of a cure for Type II Diabetes?   I never knew Dolphins were the only other mammal to develop type 2 diabetes? LINK American scientists have discovered that bottlenosed dolphins show a form of insulin resistance very similar to that seen in human diabetes. Unlike patients with […]