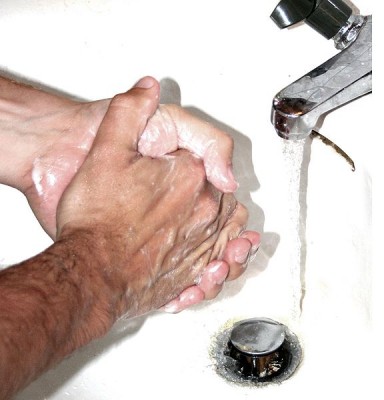 The PQ must be getting desperate.   The internet killed their vision of Separatism that she and some of her “Pure Laine” Separatists visioned, and now because the PQ has not evolved politically into this century with the rest of the population of Quebec they sit in the shadows lobbing grenades as they did in this recent article claiming […]

Dear sirs, The other night, while watching the news, I saw a clip of Beverly Oda explaining that the government was matching the totals of all charities but the funds wouldn’t be going to the specific charity but rather to projects that fit the governments criteria and that various groups would have to bid to […]

Lots of people and lots of organizations talk about the importance of good health these days, but there’s a world of difference between words and actions.  The ‘importance of diet and fitness’ make great sound bites, but there is so much misleading advertising and so many mistruths in what is being said. First of all, […]

On Call – by Vanessa Carter – Olympic Passions and Intensity of Training – March 9, 2010

Well this is my second entry, & I really have to say that I tried to avoid talking about athletics, but I just can’t do it. With the Olympics just ending & having gone to the Leafs-vs-Sens game last night; I just have so much to say! I know it’s been a week now since […]

Think about planting species of plants native to North America which thrive in our extremes of temperatures throughout the year, require little or no work to maintain, and attract a multitude of creatures which are an absolute joy to watch and share your space with, should you take the time to appreciate.  There are many […]

ROGER SAUVÉ – Life Trends – Facts And Figures That Matter To You – Wedding Bells? Less than half of single people will marry before the age of 50 – Summerstown Ontario – March 8, 2010

ROGER SAUVÉ – Life Trends – Facts And Figures That Matter To You – Wedding Bells? Less than half of single people will marry before the age of 50 Spring is almost here … and love and weddings are not far behind. Have you found that special someone out there that you would like to spend the […]

Insulation – Part 2 Proper insulation is probably the most important factor in staying warm at an affordable cost. There are four basic types of insulation used in construction today: fibreglass, cellulose, rigid foam sheets, and spray foams. Each of these can provide a cost-effective solution towards insulating your home and insulating your wallet from energy […]

ROGER SAUVÉ – Life Trends – Facts And Figures That Matter To You – Income, savings and debt … and pets

ROGER SAUVÉ – Life Trends – Facts And Figures That Matter To You – Income, savings and debt … and pets For the last 11 years, I have prepared a rather unique report on the Current State of Canadian Family Finances. I do this on a contract basis for the Vanier Institute of the Family based in Ottawa. […]

Food for Thought I attended the Canadian Organic Conference Gala Evening Friday, February 26th; an evening which has traditionally kicked off a Saturday of workshops, lively conversation and information pertaining to Organic and Sustainable farming practices.  It actually has the flavour of a country social where old friends and new gather to eat, laugh and share. […]

We’re very lucky in Canada, but the world today is a very small marble.    When our neighbor to the South bleeds we tend to get splashed.  In Europe now when a country like Greece goes through major economic mess, Germany and the rest of Europe get to help pay for it. Countries all over […]

Earth Matters by Jacqueline Milner – What is New of Environmental Note about Town? – February 20, 2010

What is New of Environmental Note about Town? Our wonderful cherished wetland sanctuary Cooper Marsh is hosting a fund raising event March 13-14 from 1 to 9 p.m. at The Visitor Centre. This will be a family friendly event which will have something of interest for the children and adults. The funds raised will facilitate […]

By admin on February 19, 2010   FEDERAL Politics, Letters to the Editor, Opinion, Politics