Regarding the Old Age Security pension that Child Killer Clifford Olson is receiving he should be made to pay it all back.All future payments should be Terminated.The cost to keep this monster incarcerated is more than the allowable amount for law abiding pensioners to collect.   It costs Corrections Canada $110,223 to keep a male inmate in a maximum-security institution for a […]

Ann Coulter and Freedom of Speech by Jason Setnyk Cornwall ON – Right-wing Fox News pundit Ann Coulter visited Canada in March of 2010 on a spoken word tour visiting some Canadian Universities. According to news reports at Western University Coulter expressed her views that Muslims should not be allowed to ride airplanes, and she told one Muslim […]

Letter to the Editor – John Milnes – South Stormont Ontario – Healthcare and Hospital Cuts of Concern to All – March 31, 2010

By admin on March 31, 2010   Cornwall Area Politics, Letters to the Editor, Opinion, Politics

Dear Sir: Expressions of concern about our hospital cuts must be heeded; doctors who have privileges at the hospital, and other professionals, have all joined in to demonstrate how they feel.  The professional concerns are also shared by many in the public who have had deep involvement in the hospital, which after all is now our main regional hospital. In to-day’s […]

By admin on March 29, 2010   Cornwall Area Politics, Letters to the Editor, Opinion, Politics

The March 25 Ontario budget shows that the McGuinty Government has lost touch with the challenges facing everyday people in Ontario. There was little in the budget to help those who are hurting in the current recession, namely, the unemployed, seniors, and people living on low incomes. Ontario needs a comprehensive made-in- Ontario jobs plan […] 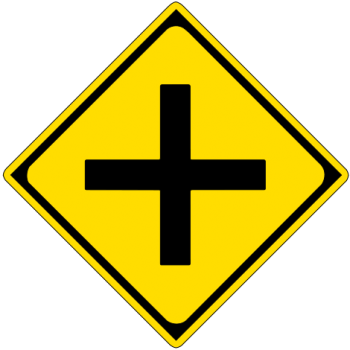 Letter to the Editor – Darlene Jalbert “SAY WHAT YOU MEAN, MEAN WHAT YOU SAY MCGUINTY!!” Cornwall Ontario – March 27, 2010

By admin on March 26, 2010   Cornwall Area Politics, Letters to the Editor, Opinion, Politics

Dear Editor SAY WHAT YOU MEAN, MEAN WHAT YOU SAY MCGUINTY!! Will this Provincial Liberal government ever learn that your word is worth something in this world? This budget once again shows us that what Dalton says during election time is not at all what you can expect once elected.  In 2004 he introduced the […]

Burning Yaks ye all be….or something like that.   I’ve been noticing that some of you have an awful lot you want to talk about so rather then derail some very interesting conversations I’m creating a category called Burning Yaks! where you can share what’s burning you and YAK with the world! Please note that […]

Earth Matters by Jacqueline Milner – Dance with the butterflies! – March 22, 2010

Dance with the butterflies! Spring is Here!  New life is evident everywhere one looks.  The blackbirds, crackles and robins have returned.  The birds are busily singing to find a mate to start a new family and building or rebuilding their nests for the season.  Plants are peaking out of their winter hibernation homes, stretching to […]

ROGER SAUVÉ – Life Trends – Facts And Figures That Matter to You – For Canada’s youth … this is a depression – Summerstown ON – March 22, 2010

ROGER SAUVÉ – Life Trends – Facts And Figures That Matter to You – For Canada’s youth … this is a depression This is one depressing story but it must be told. We like to talk about how Canada’s youth are our future. If we truly believe this, it sure doesn’t show up in the job numbers. Youth, […]

Letter to the Editor – The State, Citizens and Taxes – Corneliu Kirjan – Cornwall Ontario

By admin on March 18, 2010   Cornwall Area Politics, Letters to the Editor, Opinion, Politics

The State, Citizens and Taxes For more than two decades, the neoconservative thought that has swept North America has succeeded in imposing its dogma of continually lowering taxes as the only acceptable financial truth.  Elaborated by neoconservative economists and applied in the United States by Republican presidents, this policy has been followed in Canada by […]

Did you receive your new phone book recently?  Have you noticed that the Yellow pages now include an ecoGuide?  How amazing is this…we now have recycling and repurposing information right at our finger tips. This guide lists all the local organizations and businesses that will look after your hazardous waste items and repurpose the items […]