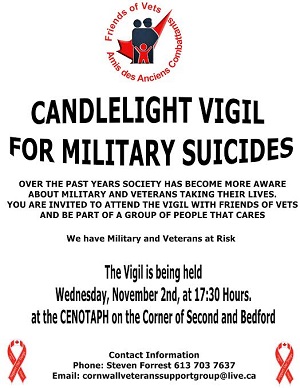 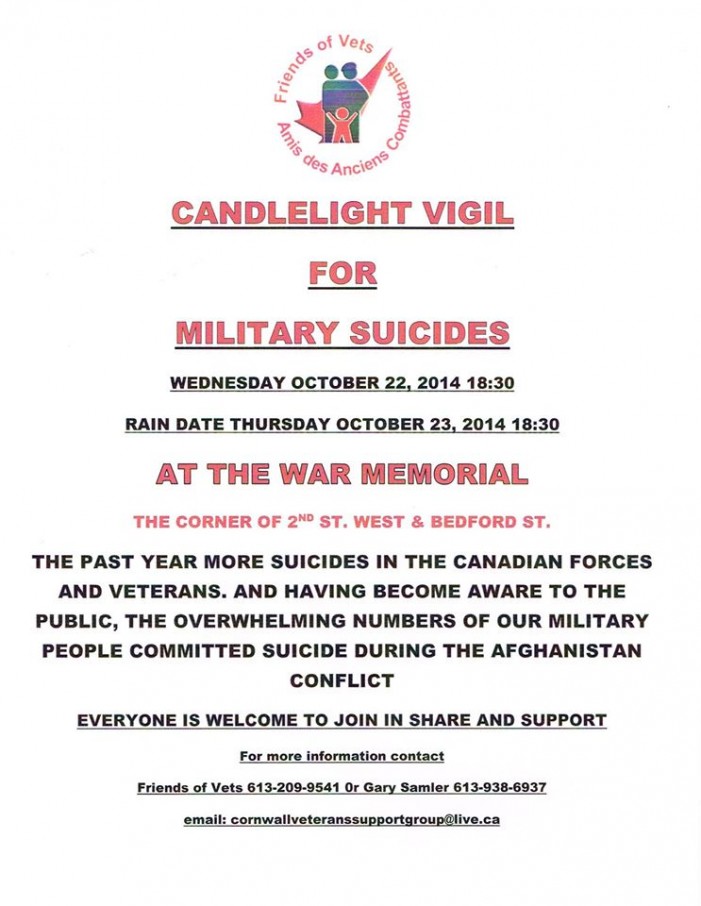 CORNWALL Ontario – At the request of the Cornwall Police Service Friends of Vets President Gary Samler announced that their event will be postponed. It had been scheduled today, the 22nd, as a symbolic gesture matching a number of suicide victims from PTSD; but after events in our Nation’s Capital and warnings for Armed Forces […]

CORNWALL Ontario – Former Canadian Soldier Collin Fitzgerald has had a rough year.   The decorated war vet who is suffering from PTSD has also suffered at the hands of the Ontario Justice system. He was released on bail today in Cornwall after spending the last 43 days either in hospital or the Ottawa Carleton […]

Collin Fitzgerald after being released from jail in June 2014 Photo: Facebook CFN – Collin Fitzgerald’s troubles are continuing as he awaits a court hearing today in Cornwall for allegedly being in breach of his charges.   OPP have not made any statement or released any information as of press time. Our previous story link […]

Are Canadian Soldiers Being Jailed Over PTSD & Mental Health Issues? – Letter to the Editor – June 17, 2014

Letter to the editor: It seems as though everyone who works for the Ontario Ministry of Justice, including crown attorneys, judges, prison guards and provincial police officers may conduct their duties without being held accountable for the actions or inactions? A very close friend of mine, decorated veteran Sgt Collin Fitzgerald has been wrongfully accused […]