CFN –   I spent a day of my life today at a hearing. It was summations for charges laid on two of Cornwall’s finest by Edgar Ethier over allegations that he was roughed up after being charged with impaired driving. Sergeants Scott Coulter and Troy St. Germain were in court along with Mr. St. […]

As you are aware the PC government is going to impose – its majority comprises of 39% of popular vote – to undermine our democracy by eliminating the per-vote subsidy system in Canada.    The per-vote subsidy in Canada is for each registered federal political party that received at least 2% of all valid votes the […]

CFN – Cornwall City Councilor rookie Maurice Dupelle was busy this weekend as Teens from his youth advisory board enjoyed from 9pm – 10pm, full access to the pool at the aquatic center, and were treated to aqua zumba and a game of under water hockey. From 10pm -11pm in the foyer of the […] 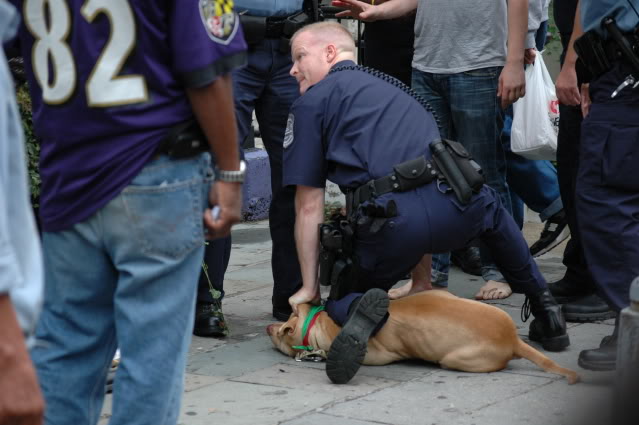 CFN –   That was Parrot.   Parrot was an innocent victim of our society of irresponsibility and accountability.     We live in a world where we simply make bad decisions with rarely an afterthought.  A world where “I’m sorry” is far too often a get out of jail free card. I own a Rottweiler.   She’s […]

CFN – As advertised earlier this week we finally launched our collaborative book of short stories, The Perfect Mix. Our publisher, local do-it-yourselfer Dean Swift, held the party at his residence and even bought a cake to celebrate. Dean is not just a publisher but an author in his own rights and a shipbuilder. He is the […]

CFN – This months performances at the St. Lawrence Acoustic Stage once again included some great Canadian talent in the form of Del Barber and Brea Lawrenson. Brea Lawrenson is a 24 year old singer-songwriter who shows plenty of poise, determination and confidence on the stage. This is a return engagement for Brea and since […]

CFN – Ladies and gentlemen, fellow veterans, serving members. I hope all is well with you and your families and that you have made preparations to participate in CVNDOP-2 as we once again draw attention to the plight of our wounded warriors and, equally important, our battle to have Veterans Affairs Canada’s budget excluded […]

CFN –  Lars Eller is getting a huge opportunity with Montreal during the Scott Gomez injury.  In tonight’s game at the Bell Centre against he Boston Bruins he was productive scoring a goal, but also coughed up the puck in his own end that resulted in a Bruin goal.   Brian Gionta and a very […]

CFN – The Cornwall and District  Real Estate Board saw a record established when Remax Cornwall Realty agent Jacques Perreault .   The estate was listed for $2.2 million dollars and Mr. Perreault sat down and chatted with me about his record sale. We talked about what makes a good agent and some of the qualities […]

While supplies last! Cornwall Ontario’s number one Computer Store for Sales and Service, J.L .Computers – 164 Pitt Street in Downtown Cornwall Ontario has a limited supply of these Acer Aspire Lap Tops! Check their full line of new and gently used computers at some amazing prices! Printers, Monitors, accessories and so much more! JL […]

CFN – Scary stuff tonight and this weekend at the Cornwall Jail!   It’s their Halloween Vampire tour!  Scary stuff as you’ll see from the video below. I toured the jail with Penny Rudderham of the The Seaway Roller Derby Girls who were lending a hand and having a blast!  Please note that this video […]

Couponing with Carine! Check out the Savings! October 28, 2011

CFN –I hope everyone enjoyed last week’s column.  This week has some good sales, but first, I want to talk about what I believe is the best way to organize your coupons.Some feel an envelope is the best way; some have them in mini folders. I use a binder. I like to be able to […]

Your Police blotter for the Cornwall Ontario area for Friday October 28, 2011.

CFN –    The Cornwall Regional Art Gallery has put out the following release: Making a call out to all you zany characters!  If you like to improvise you must come out to our open IMPROV NIGHTS at the gallery!  Our first one will be next Wednesday, November 2 at 7:00pm- 9pm(or until the fun stops!)  Our […]

Keith Beardsley’s View From the Hill – Milk, Cheese, Eggs – Who is Looking Out for the Consumer – October 28, 2011

CFN – Canadian consumers are growing increasingly frustrated that we pay more than our American neighbours for the same products even though our dollar is comparable to the US dollar. The problem for the Harper government is how do you contain that frustration and prevent it from turning into anger, anger that down the road […]

CFN –  After six losses the Habs notched their second victory in a row beating the Boston Bruins 2-1 in Beantown!  Tomas Plekanec scored the winner in the 3rd.   Erik Cole put Montreal in the lead with another girl and PK Subban tangled with Brad Marchand. httpv://www.youtube.com/watch?v=jDq__6iiMsM It was weird land on Team 990 […]

Your City Hall Bulletin for Cornwall Ontario for Friday October 28, 2011

CFN –Some time ago a video had landed in my inbox showing practices used to collected shark fins for an oriental delicacy, shark fin soup.  This soup is often served on special Oriental occasions such as weddings.  The video was disturbing in that a small portion of the animal was sliced off, of the still […]