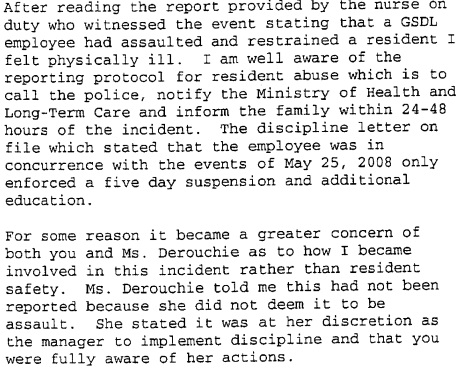 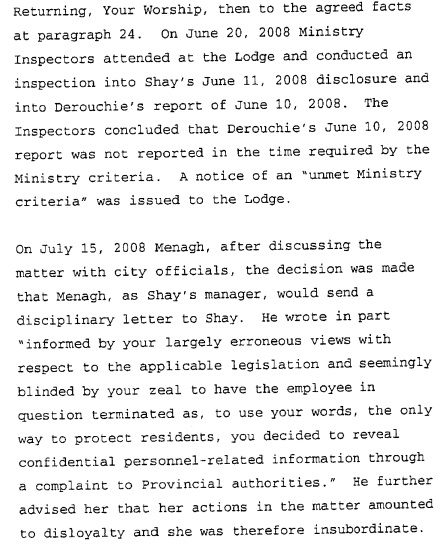 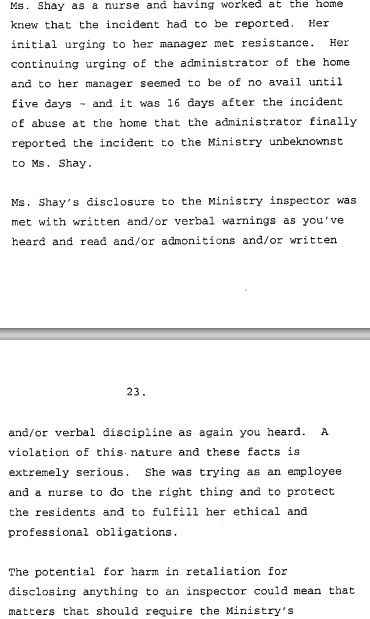 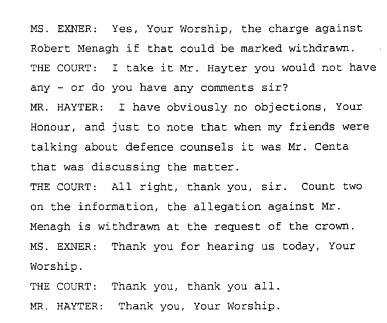 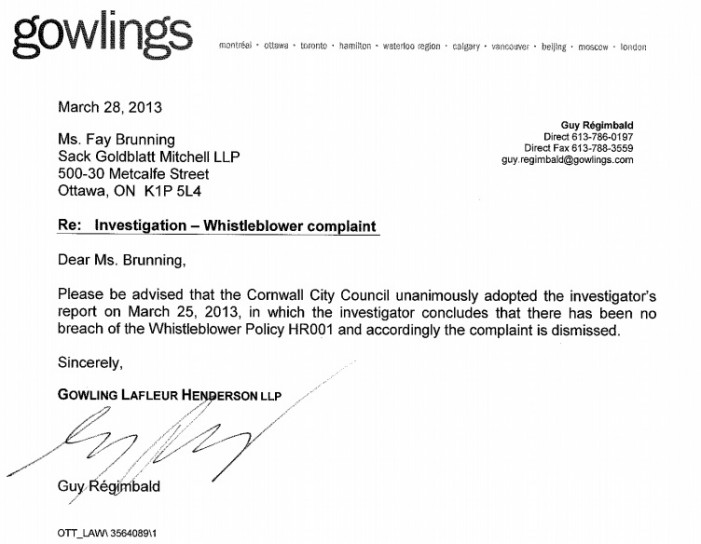 CORNWALL Ontario – Whistleblower and former Glen Stor Dun Lodge manager Diane Shay has issued a press release regarding her ordeal vs the city. excerpt 3 – a summation of what ocurred excerpt – While charges against Robert Menagh were dropped; the city of Cornwall was fined $15K Former CAO Paul Fitzpatrick was given “executive leave” before being allowed to retire instead of being prosecuted.

Donna Derouchie, who Mr. Fitzpatrick was alleged to have had a relationship with, was on the Sunshine list a year after leaving the lodge.

Robert Menagh was terminated “Without Cause”.  The city of Cornwall paid Sunshine list salaries for two HR managers for two years.

With Dail Levesque retiring the City is having difficulty finding a replacement.  Mayor Kilger cited  ” a new direction” was needed.

To date that new direction has never been made clear.

As Ms Shay mentions; the city paid for the defense and legal costs of this case; but she had to foot her own legal bills.

Ms Shay was one of three whistle blowers in the last term of the Kilger council.

Former Deputy Chief Rob Hickley was forced into retirement when he could no longer shoulder the legal bill of his case and the courts refused to force the city to pay for his case.

Former councilor Leslie O’Shaughnessy, who is now running for mayor against Mr. Kilger, mentioned this case in an earlier release.

In January 2011 I was asked to make a decision on whether the City of Cornwall should plead guilty or not guilty to charges filed by MOHLTC against the City, regarding retaliation against a whistle blower that came forward over an issue at GSDL. I was not provided any written documentation or recommendation from administration to make this decision, and I was also told that there was no documentation (dating back to 2008-2009 when the incident occurred) that I could review to help me understand what happened.

I was then given the opportunity to ask any questions that I might have to Legal Counsel that was in attendance.  I had no knowledge of the issue, no information, no recommendation from staff, no written legal opinion to review – only individual verbal accounts of what happened that were inconsistent…and Council was advised that it had to make a decision that night.

.
As you are well aware Council voted to plead not guilty – to this day I am still confused as to how that decision was made.

Over the next eight months, while dealing with the issues surrounding this case, there were never any written reports or recommendations from administration, provided.

“Please take down this wall of abuse”

Due to the City of Cornwall’s lead-footed response to the lawsuit that would provide closure to its illegal and now six-year reign of persecution on former municipal Health and Safety Officer, nurse Diane Shay, after she lawfully reported a case of elder abuse at the municipally run long-term care home Glen-Stor-Dun Lodge in 2008, Shay is today announcing that she is “going public.”

It is Shay’s opinion that with an election looming, the City is willfully dragging its feet to avoid voters’ top-of-mind awareness that:

“I have done my part of the legal process, respectfully and patiently, but the abuse must end so I can move on with my life and help other victims.”

The following links to CFN provides details about the Diane Shay’s odyssey.

Whistle Blower Diane Shay Drops Bomb On City of Cornwall In Time for Election – Sept 16, 2014 added by admin on September 15, 2014
View all posts by admin →