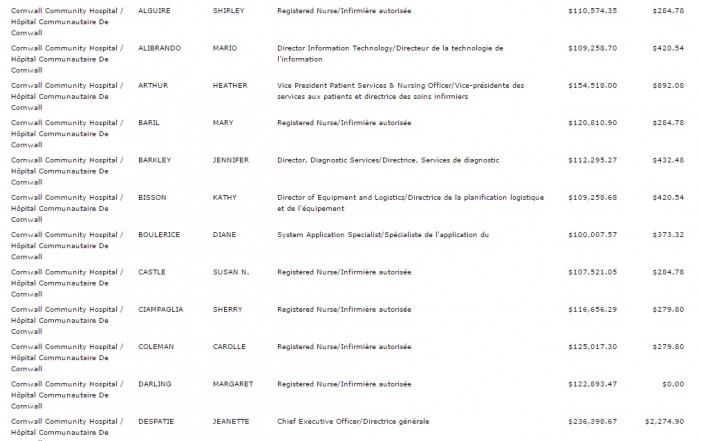 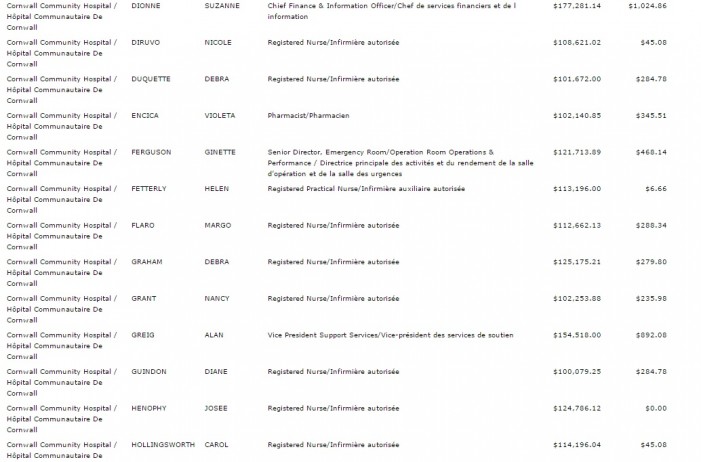 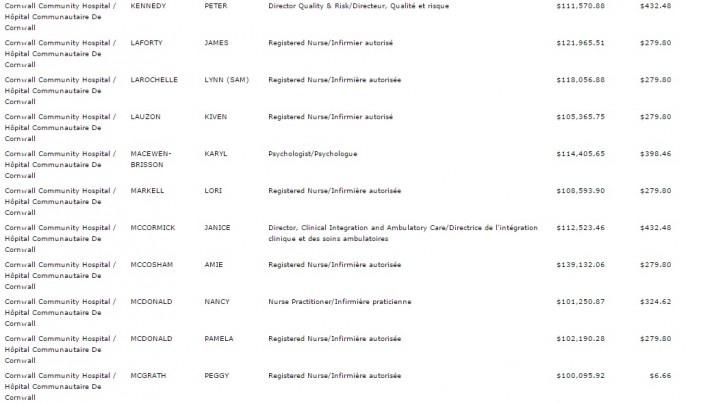 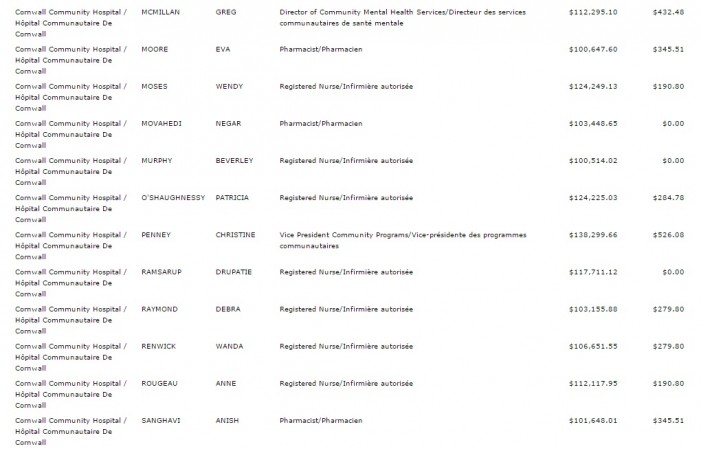 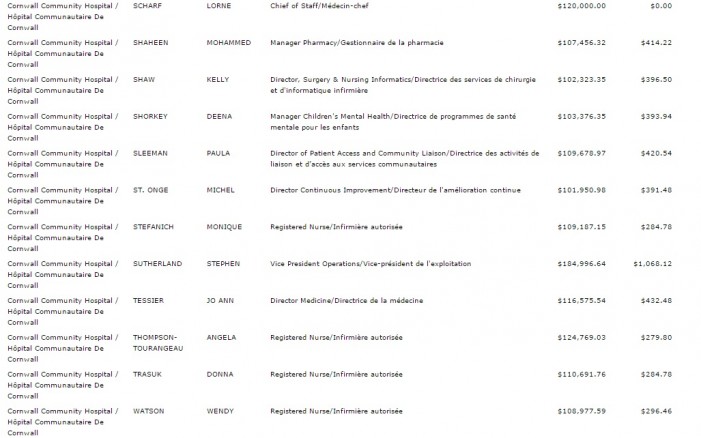 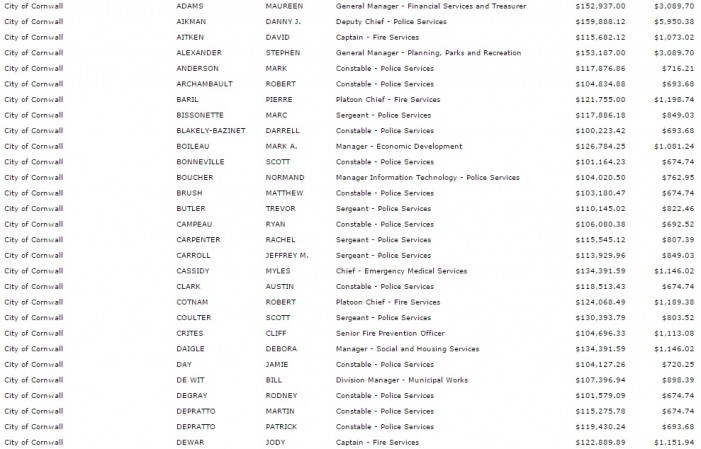 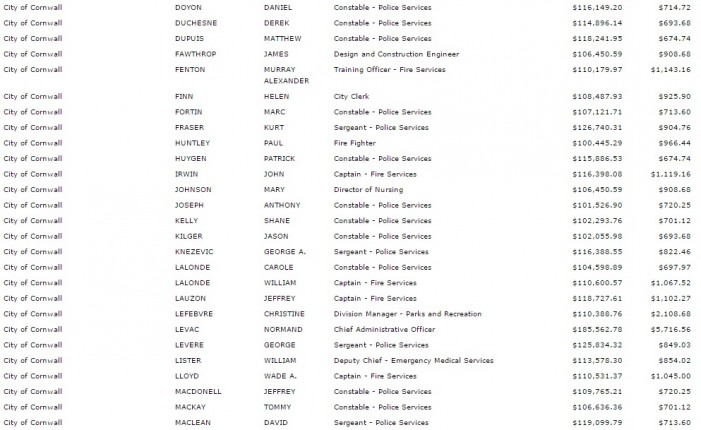 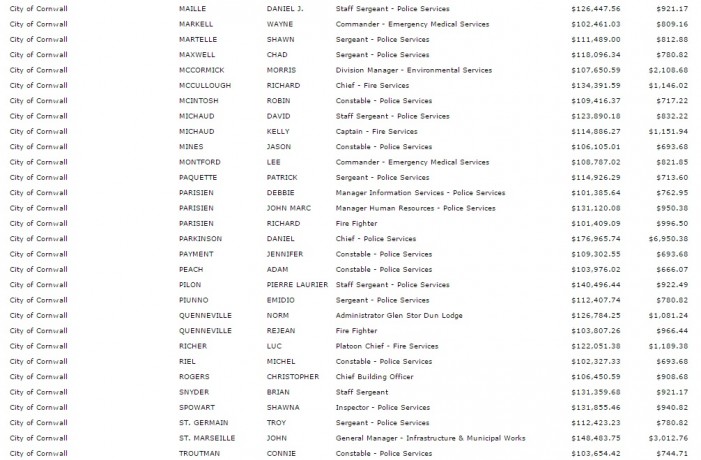 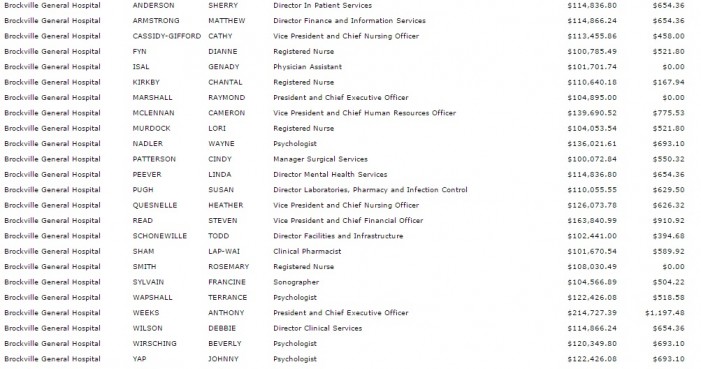 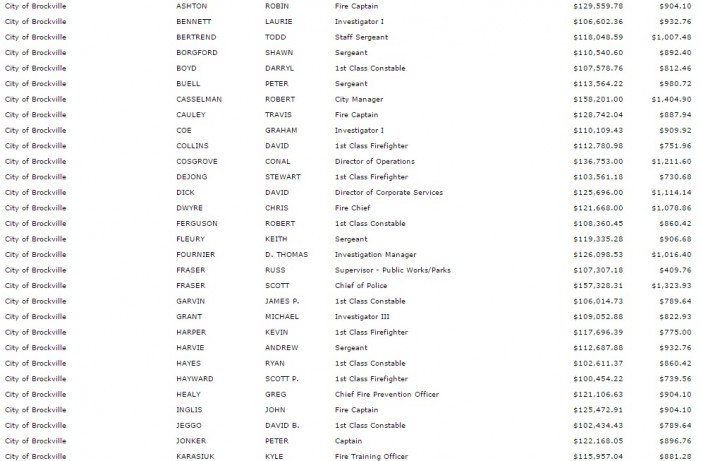 CORNWALL Ontario – So whose made the most money in Cornwall on this year’s Sunshine list that was just released by the province of Ontario?

The Sunshine list includes those on the public purse who earn more than $100,000 per year. Registered Nurse Amie McCosham must have done an awful lot of overtime to pull in $139, 132.06 which is more than Chief of Staff Lorne Scharf earned. In total there were 59 CCH people on the list. In total there were 95 names from Police, EMS, and Fire departments on the list this year. The EOHU had six names on the list including the biggest pay out of the year to Dr. Paul Roumeliotis who slurped up a massive $313,544.77.   He earned nearly 50 % more than the runner up.    I know.  I’m not sure what he does either…. (pictured in centre)

With our city council copping out and not touching budgets except it seems for its Public Art Gallery how does that compare to our neighbors in Brockville?  You’d expect about half the amounts as they have about half our population. There were 52 names on Brock Vegas’ list vs 95 for Cornwall with only two just above the $150K mark.

Is Cornwall getting good value for its tax dollars?  And yes they are ours even if disbursed from Queen’s Park.

What is it exactly that Dr. Paul does that’s worth nearly three times what our CCH Chief of Staff earns?

Who’s The Fattest Hog on the Sunshine List in Cornwall Ontario for 2015? CLICK added by admin on March 27, 2015
View all posts by admin →