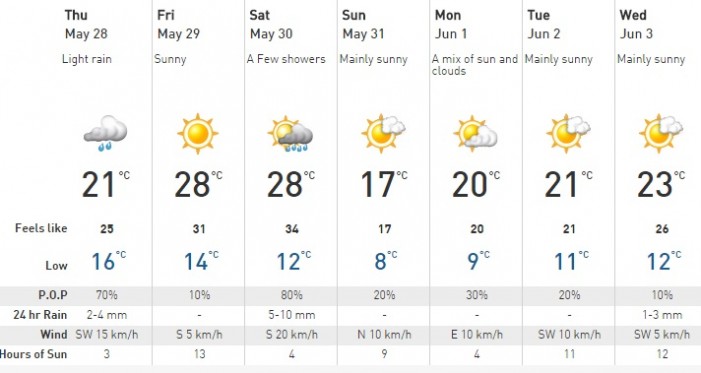 CORNWALL Ontario – This can be a very very odd town to not only cover news, but deal with how stories are covered.

Cornwall Housing threatens to evict seniors and tenants if they put in window air conditioners and we’re the only outlet to cover the story.  Not a peep out of The Freeholder, The Seaway News, and Bill Kingston. With three days this week with humidexes of over 30 degrees this is playing with people’s lives.

Monday night I served Mayor O’Shaughnessy and Councilors Elaine MacDonald and Carilyne Hebert with a Conflict of Interest complaint re their being on the Steering Committee of the Benson whatever they’re calling it now vanity project.

The steering committee is made up of about 30 politicians and far too rich folk who instead of kicking in the $50K for their fun and hijinks get their friends in high places to spend your tax dollars.   It’s essentially insider lobbying.  As one councilor noted it was done just after the budget process as well.

Of course when a project does come to fruition they take the credit even though they didn’t pay for the project, stick their names on it, and use the cache to help stay elected to their offices which they are for the most part paid handsomely.  A reasonable person just might consider that either a pecuniary benefit or the optics of one?

In justice the term “reasonable” is used a lot.   What would a reasonable person consider in a situation?    Speaking to a lot of reasonable people the thought that someone on a board coming to council asking for cash should recuse themselves.

Clearly it was on the mind of all three elected officials as they all spoke to it.  It’s ironic that the rookie of the bunch spoke clearly that she was in conflict and would recuse herself only to have the Greybeard talk her out of it; in other words give her legal advice.

I wish to say that I also sit on the steering committee. That I not perceive or wish to declare a conflict because if it were conflict the price for sitting on a committee would be too high…

Ironically Mayor O’Shaughnessy chastised Councilor Brock Frost Monday night about not being there to give legal advice.

The entire event is captured on the city’s own video so there’s no he said, she said or speculation.  Just the facts and words spoken by the three elected officials that night.

Sadly it wasn’t until three days later that any media covered the elected officials being served just prior to the council meeting starting.  Can you imagine that happening in Ottawa?  Or Brockville even?

That means that at least two outlets hid the news from the public.    CFN, as is our policy with events involving myself give a window for other media to cover an issue first.  It’d be pretty unprofessional for us to scoop on issues, say related to TAG for instance where I’m on the Board of Directors for example.  It’s a courtesy to our competition and to being a professional.

Sadly the Freeholder ran a story quoting the Mayor but did not ask for comment from myself which is surprising as their editor is head of the CAJ and since his arrival coverage has improved.

The Municipal Act is a toothless tiger.  It’s very hard to enforce any sort of real rules on elected officials.    It’s expensive, and time consuming which is why so many purposefully game it.  The public should not have to file cases in Superior Court like this when whistle blowing or calling someone on their mess.

There is a Conflict of Interest Commissioner in Ontario and I’m sure if our elected officials had called on him for advice all three would have recused themselves.   Examples on the COI website are quite clear.

The action in court is not a financially punitive one.  I’m not seeking any financial gain although I would like to get our legal costs back eventually.  Honestly I’d like to see this council do the right thing on this issue and many others, but I, like many “reasonable” people in Cornwall are not holding our breaths. We will be appealing for financial help for the legal costs of this case as we expect sadly the Mayor and Councilors involved to do the wrong thing IE using the legal system to drag this out as long as possible as they clutch to their seats of power.  It’s the insanity of politics and justice,  sort of like pulling funding to zero for a public art gallery and then giving $30K extra this year to fund study with a consultant on the viability of an Art Centre which were championed by MacDonald and Hebert.

More irony in that both Elaine and Carilyne who championed giving money to another consultant were Presidents of TAG Cornwall.    But that’s for another story.

As for Harassment, Monday night was my first night covering council since Brock Frost made his false allegations about me coming to council to “Beat him up” and other strange ramblings he brought to police and a JP.   He also issued a press release as a City Councilor stating he’d destroy this newspaper.    The city has a very clear harassment policy which I’ve filed two complaints with via email without the city responding a single time.   That’s very disturbing; almost as disturbing as Mr. Frost’s actions themselves.   Is the policy only for those that City Hall may support or like?  Is it muted if they have an issue with a party?   That’s a very slippery slope.

11 Responses to "Conflict of Interest & Harassment in Cornwall Ontario by Jamie Gilcig – MAY 28, 2015"