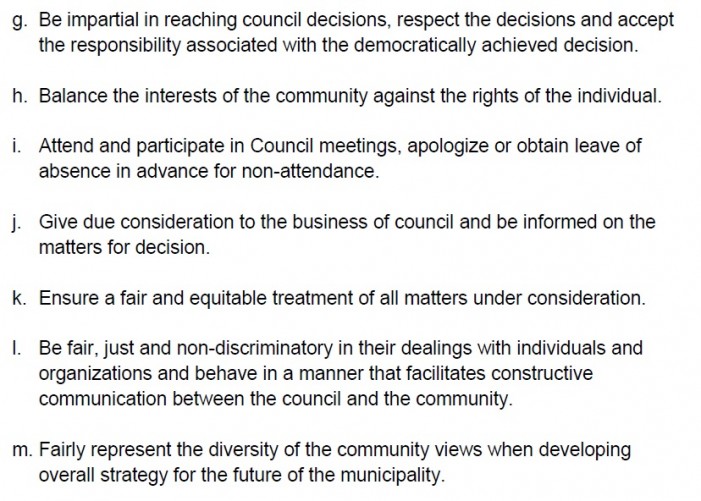 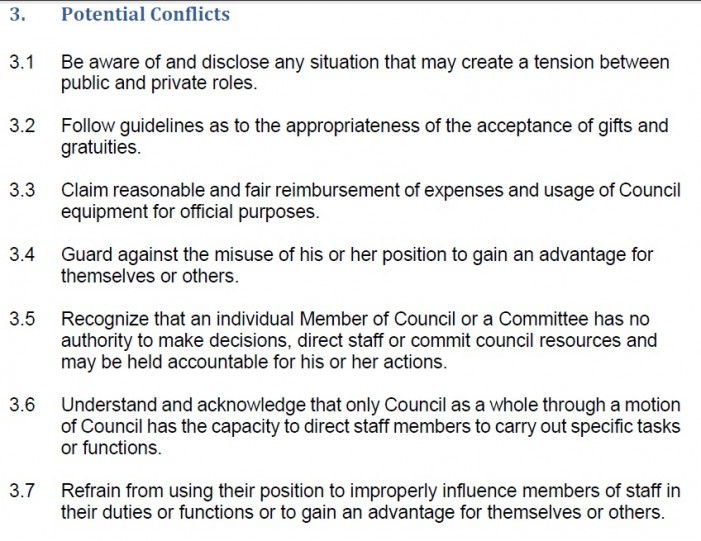 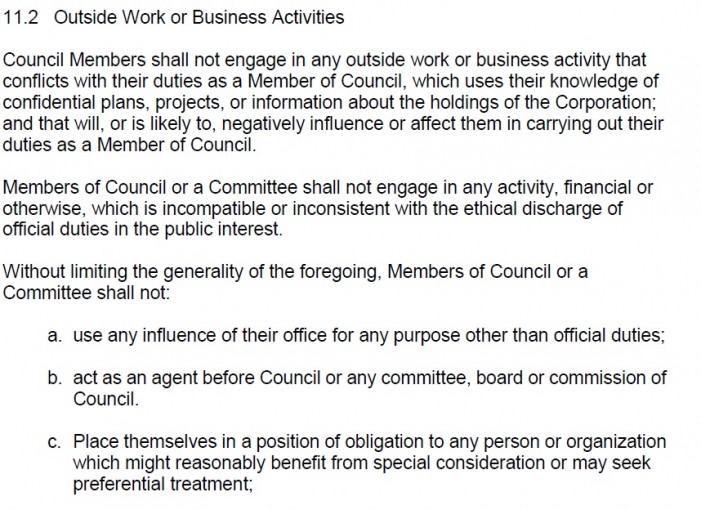 So I just finished reading the document that Mayor O’Shaughnessy & CAO Norm Levac are trying to ram though a all too often gullible public.  Remember, this is the city that elected Brock Frost.

That most of this council have violated many of the tenants of this document is also very Monty Pythonesque.

For example I filed not one, but two complaints with City Hall over Councilor Frost falsely calling Police and then going to a Justice of the Peace claiming that I was coming to council to “Beat him up” and that I then attended his home.

I was in fact chatting with an off spring of one of council and the minister that was going to kick of the meeting with prayer and left the meeting early.  No charges were laid, but the JP allowed it to move forward which required a few appearances in court, which always costs money, before it was dropped.   It was dropped because of course I wasn’t there; very similar to Mr. Frost’s claim that I made sexual advances on his person at a sales meeting where he was so offended that he actually purchased ads for his campaign.

Mr. Frost also sent out press releases claiming he would destroy CFN that he signed as a City Councilor with claims that he was working for the people….

I emailed in two official complaints without a response even though the city has a very clear harassment policy in place.

So much for accountability or credibility.  If we’re not going to follow the rules in place why create new ones?

High standards?  Honestly?  After the Chem tanks what standards are council being held to and by whom?

The document clearly looks like a rehashing of the dormant and even more pathetic Council/CAO Covenant that was floated during the last term of council. Um, fail on each and every one of those counts.  I won’t belabour to outline each failure at this time, but dear viewers of CFN have read about many of the instances of these failures.

Scariest sentence in the entire document, and most likely lawyered in.

“Furthermore, in using this discretion, he/she will judge as appropriate what information should be shared with the Council for such related items.”

You might as well give Paul Fitzpatrick back his job as CAO if this is allowed to go through.  It essentially gives far too much power to the CAO to cover up for council on issues such as the Chem Tanks.   Related items is a code phrase for “just about anything else”. I’m sorta muzzled as I’m not supposed to offend any judges reading CFN, but after what occured on July 3rd this section is utterly farcical.

You mean like being on the board of a group coming to council for money and not recusing yourself?  Or being the President of the Labour Board and actively participating in contract status or hirings as occurred over the four recent fire fighter hires? Or as many would call this secton, the Elaine MacDonald rule….

Of course the bottom line to this document, which carries about as much weight as Mr. Harper giving teeny tiny tax credits for membership dues in lodges where usually older Conservatives are members, is that it’s essentially toothless with penalties essentially limited to the Municipal Act which itself is toothless.

IF you ask the Fox to write the rules does the Chicken ever really have a fair chance?

But the process makes many feel good.  It’s hollow and like a good fart.  A bit embarrassing, noisy, stinky, but you kinda feel better for a moment or two until you forgot you did it.

This council and CAO need to take a hard look in the mirror and become accountable before moving forward.

A first step might be actually addressing real complaints that they are hiding from related to CFN.

Address the false statement in the Bob Peters report regarding online advertising.

End the ridiculous City vendetta and boycott against CFN including refusing to mention us on any city facebook or website page as well as essentially behave the same of any group that I happen to be on the board of.

Open an investigation into what happened regarding the Chem Tanks with a full transparent accounting of the actions of Economic Development, the CAO, and Mayor Kilger’s roles.

Address Bob Peters role in former Mayor Kilger’s election campaign and investigate what happened to the entire file folder on his much discussed trip to Europe that occurred before his departure from City employment and hiring of this then wife.

That’s just for starters.   There’s lots more, but we aim for progress, not perfection.

Speaking of which did Councilor Hebert again commit a COI regarding her role with Agape?  I can’t confirm as the city doesn’t seem to be loading as much video to its webcasts as it used to.  I wonder why?  Do you?