An Anonymous Ode to Jamie Hubley and the evils of Homophobia & Bullying – October 21, 2011 – Cornwall Ontario

CFN –   The following submission was submitted to us on the grounds that we would not disclose the name of its author.  Even in this day and age old fears linger.   Is this the society we truly want for ourselves and our children? . The tragic death of 15-year-old Jamie Hubley of Ottawa […]

Cornwall ON – An earthquake struck near the Quebec – Ontario border (about 40 KM from Ottawa)  today in Canada at about 3:14 PM EST.  It was approximately 4.0 on the Richter scale.  Our first report came in from Hawkesbury Ontario. No reports of damage, loss of life, nor UFO’s or upset goats.  If you […]

Sunday, September 11, 2011 Canada Agriculture Museum (The Central Experimental Farm) Ottawa ON – Feast of Fields is an annual event during which local farmers and chefs from the greater Ottawa region team up to create an original and organic feast for the public. On Sunday, September 11, 2011 Canadian Organic Growers – Ottawa Chapter will once […]

Ottawa ON – Premier Dalton McGuinty was at the University of Ottawa Heart Institute today to announce plans for a major expansion and renovation of the Cardiac Life Support Services. Six new cardiac intensive care unit beds, an additional operating room and other improvements will help reduce wait times and ensure more people have access to the services they need […]

Systematic Discrimination: What It’s Like Living With A Medical Marijuana License – Opinion by Russell Barth – August 2, 2011

Ottawa ON – I would rather have one than not, but living with a Medical Marijuana License from Health Canada has been a bit of a nightmare. For my wife and I, it has been a stressful and humiliating experience on more than one occasion. The fact that we have to carry “Special Papers” with […]

Cornwall ON – On june 24th I found myself at Babylon’s in Ottawa waiting for a band to walk on stage. At approximately 9:25pm when The Dead Zone was done their first song, I had fallen in love with punk again.   The 2 opening bands, Black Market Candy and Fore Stroke warmed up the waiting […]

Ottawa ON –   Ottawa Blues Fest ended with a bang and a bomb as storms in the area helped the roadies and gave hundreds of people a day they’ll never forget. Winds hit peaks all over the Ottawa area even reaching Cornwall Ontario with lots of overturned objects and wind damage. The Stage Collapse […]

Keith Beardsley’s View From the Hill – Where is the Vision Regarding First Nations? July 15, 2011 – Ottawa Ontario

Ottawa ON – A few days ago in Moncton, Assembly of First Nations National Chief Shawn Atleo spoke about the need to repeal the Indian Act and abolish the Department of Aboriginal Affairs. In the national media there didn’t appear to be much disagreement with his position which is an understandable reaction when one considers […]

Ottawa ON  – Clients with mental health conditions are benefitting from a new and innovative program developed by the Royal Ottawa Health Care Group in partnership with the Champlain LHIN. The program focuses on recovery, helping people with a mental illness to get on with their lives after a hospitalization or crisis.   Now fully […]

Keith Beardsley’s View From the Hill – Jason Kenney and a Boatload of Tamils – July 14, 2011 – Ottawa Ontario

Ottawa ON – Several media outlets ran with a story about a ship (the MV Alicia) with an estimated 90 Tamils on board that was detained while supposedly en route to Canada. Most featured comments from Jason Kenney, the Minister of Citizenship and Immigration. What is interesting is the full court press the minister gave […]

Letter to the Editor – Dan Sauve of Ottawa Ontario Supports the Monarchy in Canada – July 4th, 2011

The heir to the Canadian throne located in Her Majesty’s Canadian Parliament and the future King of Canada – H.R.H. Prince William of Wales, Duke of Cambridge has landed in Prince Edward Island, a province named after his Great-Great-Great-Great-Great Grandfather . Now that’s continuity and stability 🙂 Why anyone would want to abolish The Dominion […]

Ottawa ON – James Christie, founder of “Cycle for Lyme”, is now past the midway mark in his goal to cycle 2,000 km in 30 days There is now a brand new tourist attraction that will be bringing people into the Markstay, Ontario, area by the bus load. If you follow highway 17 about 70 meters west […] 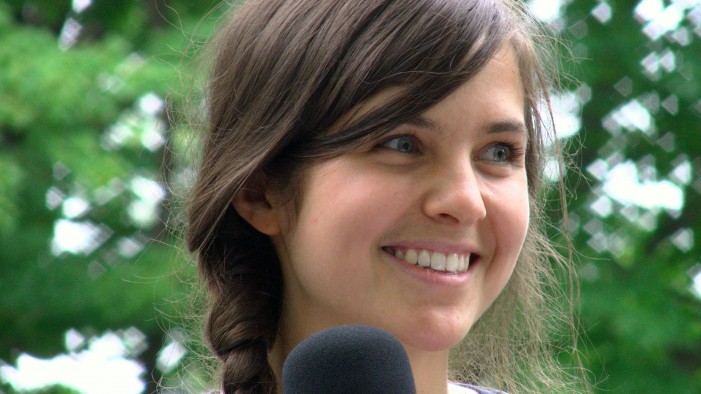 Ontario Has the Canadian Pharmacist of the Year Barb Farrell – May 25, 2011 – Ottawa Ontario

Ottawa ON – Bruyère Continuing Care and the Élisabeth Bruyère Research Institute are proud to have Barbara Farrell as Canada’s Pharmacist of the Year. Nominated by her peers, out of a possible 32,586 pharmacists in Canada, and due to her work in pharmacy practice and interprofessional research, teaching credentials, innovative thinking yet impeccable bedside manner, Barbara Farrell is the […]

Cornwall ON – Thank you Ottawa, Cornwall, Toronto, Kingston, and Brockville!  Over 57% of all of our traffic come from residents of your cities! We’re still the number one Canadian ranked website on Alexa.com in or area. Today we’re the 3,149 ranked website in Canada according to the web traffic ranking site owned by Amazon.com […]

Ottawa ON – North America’s largest animation event, the Ottawa International Animation Festival (OIAF) is reminding the animation community to get their work in before it’s too late. Entry forms must be submitted online by May 20th, and preview DVDs are due by June 3rd. There is no entry fee. This year’s event takes place September 21st to […]

LYME DISEASE RALLY TO BE HELD ON PARLIAMENT HILL – May 6th, 2011

CFN – WHO: Lyme disease patients, along with family members, friends and other concerned citizens who feel the need to educate healthcare providers and the public about the consequences of undiagnosed and untreated Lyme disease. WHAT: A peaceful rally to raise awareness for Lyme disease in Canada WHEN: Friday, May 6th, 2011 from 11:00 am […]