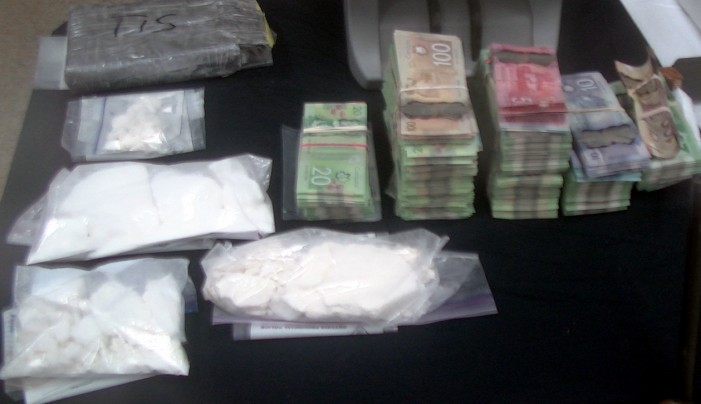 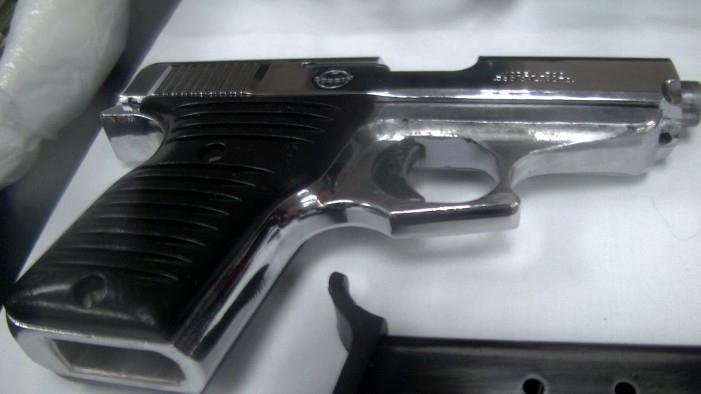 CORNWALL Ontario – If proven guilty it should be interesting to one day learn if the Cedars on Wheels people chose their location because it was right across the street from the police station in Cornwall; something that CCPS Deputy Chief Danny Aikmen termed as “Bold”.

Guns and Drugs, right across the street with many officers, politicians, and even journalists like myself dropping in to eat and chat.   Maybe that’s why such a total invasion was done including shattering the front glass door?

I found Pierre and Paul very personable.  The food was great and they certainly moved a lot of it.   They even bought an ad here on CFN.

Project Harden brought out all of the VIP’s and talking heads.

The shared their bounty from the alleged busts. I found it odd that for such a large and extensive project so little was picked up.  Even the picture of the cash seems to be mostly of small denomination bills.

Only 8 hand guns were presented to media as well. The serial numbers were filed off; just like in the TV shows.

I asked a how much Project Harden cost taxpayers and the police refused to answer that question.    It also seems odd that such a large project would yield such a small amount at the end of the day. I also asked if it was common for an operation like this to allegedly be set up right across the street from a police station?

All these entities working together is nice to see, but could it also lead to the bad guys getting some info and do some damage control?

Cornwall has historically been an entry point for a lot of things, but like cigarettes hasn’t much of the trade moved downriver closer to Valleyfield?

What Project Harden more about making Politicians in Ottawa feel better than really making an impact on the illegal trade of fire arms?

For now the wheels of Justice will turn, slowly, but faster than they will for Cedars on Wheels ever again.

Project HARDEN Gun & Drug Den Was Across The Street From Cornwall Police Station – PROJECT HARDEN VIDEO added by admin on May 30, 2015
View all posts by admin →