SIU Charges Chatham-Kent Police Service Officer with Sexual Assault and Breach of Trust Case Number: 15-OSA-191 Appeals Form Witness Form Mississauga, ON (31 May, 2016) — The Director of the Special Investigations Unit has caused a sexual assault charge and a breach of trust charge to be laid against a constable with the Chatham-Kent Police […]

Local police visited GUY LAMARCHE in Cornwall after he posted on social media that he had hurt his cat over two lost cigarettes. The post went viral resulting in outrage and Mr. Lamarche pulled down his facebook page. His wife pleaded that he was off of his meds and that the cat was safe, however […]

Cornwall Community Police Service confirmed that a single vehicle incident occurred this afternoon sending one male to hospital in what has been termed a “Medical Emergency” according to Cst. Dan Cloutier. The vehicle ended up on or near the Splash pad downtown.  Ambulance, police, and fire services attended. CFN will be updating as more information […]

Hot Weekend of Sexual Assault & Threats in Cornwall Ontario MAY 30, 2016

SEXUAL ASSAULT, SEXUALL INTERFERENCE, INVITATION TO SEXUAL TOUCHING   Cornwall, ON – Matthew Langlois, 28 of Cornwall was arrested on May 25th, 2016 and charged with sexual assault, sexual interference and invitation to sexual touching. It is alleged on May 5th, 2016 the man sexually assaulted a 14-year-old youth known to him and police were […]

The CPC convention has come and gone. When you look back at it there wasn’t all that much excitement. A possible exception being the motion on marriage which generated a lot of interest and once passed brought us into the 21st century, but that was about it. The media tried to make the campaign review sound […]

DRUGS SEIZED (North Stormont) – On May 27, 2016 at approximately 8:15pm, a Stormont, Dundas & Glengarry (SD&G) Ontario Provincial Police (OPP) officer intercepted a vehicle on Highway 138, North Stormont Township. The stop resulted in the seizure of a quantity of suspected marihuana. The male driver, Bernard LAROSE (72) of North Glengarry Township was […]

Odd Mischief Charge in Ottawa After Neighbor Complaints MAY 27, 2016

Ottawa man charged with Mischief   (Ottawa)—The Ottawa Police Service has charged an Ottawa man for mischief regarding incidents dating between December 2015 and May 2016. East District Neighbourhood Officers (NHOs) investigated complaints from residents who live around the Edge Hill Park located in the 1200 block of Ridgemont Avenue. Complaints were about disturbing and […]

ASSAULT (South Stormont) – On May 26, 2016 at approximately 9:58 am, Stormont, Dundas & Glengarry Ontario Provincial Police officers responded to a report of a disturbance at a residence on County Road 36, South Stormont Township. Investigation indicated that an altercation occurred resulting in an adult male assaulting an adult female. Charles MARLATT (61) […] 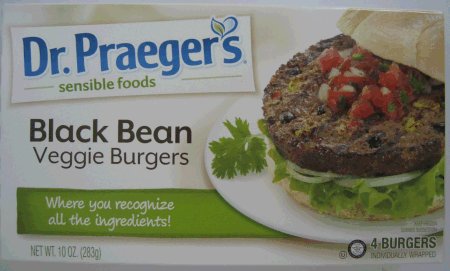 Ontario Provincial Police News Portal OPP Media Release LEEDS COUNTY (Brockville) SIBLING STUNT DRIVERS 2016-05-24 (LEEDS, ON.) –   Officers of the Leeds Detachment of the Ontario Provincial Police are continuing an investigation resulting in two local young people being charged with stunt driving. On the 23rd of May 2016 at about 9:30 PM O.P.P officers […]

DOMESTIC INVESTIGATION (South Dundas) – On May 20, 2016 at approximately 9:39am, Stormont, Dundas & Glengarry (SD&G) Ontario Provincial Police (OPP) officers responded to a report of a domestic situation at a residence on Victoria Park Crescent, South Dundas Township. Investigation indicated that an altercation between an adult female and her common law husband resulted […]

Letter to the Editor – Fluoride Free Water Options by Harry Valentine MAY 24, 2016

The medical officers of health across Ontario are pushing hard to add fluoride to municipal water and companies that supply fluoride chemicals will certainly make a profit. One Ontario MPP even wants to mandate compulsory municipal water fluoridation across Ontario. Except that citizens who want fluoride free water have several options: – People who have […]