ASSAULT Cornwall, ON – A 13-year-old Cornwall youth was arrested on August 28th, 2019 and charged with assault. It is alleged the youth assaulted her mother and police were contacted to investigate. During the investigation, the youth was taken into custody, charged accordingly and released to appear in court at a later date. Her name […]

Always nice to have a party. Good food. Friends. Laughter. And in some cases recognition of work well done. In this photo are some tenants at the Beek Lindsay Seniors Residence who surprised Claudette Quesnel with a beautiful card and gift in recognition of her volunteer gardening work this year. There were 24 residents at […]

The local Liberal riding association still has not rolled out a candidate for the October Federal election. It’s an interesting paradigm. With local thug Guy Lauzon retiring his long time flunky, Eric Duncan, is running in his place. Duncan is a very rare out of the closet Conservative candidate. Ironically the buzz has been tepid, […]

Duncan Trotted Out as Token Gay Voice for Scheer in CBC Spin Story on Gay Marriage Comments. By Jamie Gilcig 082819

Most political Canadians know that there’s been a historic glass ceiling for Gay Conservatives with political aspirations. Ask John Baird. Ask Scott Brison who walked over to the Liberals so he could comfortably be who he is. The Liberals rolled out some vintage video of Scheer. It’s politics baby! That’s how it works. To be […]

Cornwall, ON – As a result of an ongoing investigation by the Cornwall Police Service (CPS) Street Crime Unit, two men have been arrested and charged in relation to drug trafficking in the City of Cornwall. On August 27th, 2019, members of the Street Crime Unit conducted a traffic stop on a motor vehicle and […]

BREACH OF PROBATION Cornwall, ON – Wesley Gratton-Stewart, 22, of St. Andrew’s West was arrested on August 27th, 2019 and charged with breach of probation for possessing a weapon. It is alleged during a traffic stop on August 27th, police located a crossbow in the man’s vehicle, despite his conditions, and an investigation ensued. During […]

IMPAIRED DRIVER HITS A TREE (LEEDS, ON.) – Officers of the Leeds Detachment of the Ontario Provincial Police (OPP) are continuing an investigation of a single motor vehicle collision.  On August 25, 2019 just before 3:15 a.m. OPP officers were advised of a collision on Temperance Lake Road, slightly east of County Road 5, Athens Township. […]

MISCHIEF UNDER $5000, THREATS Cornwall, ON – A 15-year-old Cornwall youth was arrested on August 23rd, 2019 and charged with mischief under $5000 and threats. It is alleged on August 1st, the youth made threats to harm someone known to her, as well as attended the residence of someone she did not know and damaged […] 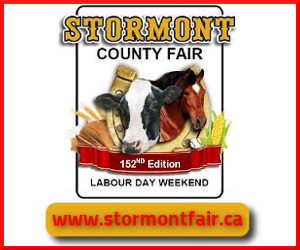 MISCHIEF UNDER $5000, ASSAULT TO RESIST ARREST Cornwall, ON – A 15-year-old Cornwall youth was arrested on August 22nd, 2019 and charged with mischief under $5000 and assault to resist arrest. It is alleged during an altercation with his family, the youth damaged various items in his residence, including a railing. Police were contacted and […]