CFN – Well, that looks like a shitty thriller… Invisible things turning people to ash! Sweet! Im going to watch this movie simply to see what the hell are those alien things, then write a review on how shitty it was… Yes… I shall do jut that… *See the movie* Hm, That actually wasn’t that […]

Rise of the Planet of the Apes – Review by Liam Morgan Sinclair-Dempster – January 2, 2012

CFN – First off, I enjoyed this movie thoroughly. No matter what I say after this, I really did enjoy this movie a lot. So please keep that in mind, as I try to stay objective in this review of the movie. Rise of the Planet of the Apes, or ROTPOTA’s as I will […] 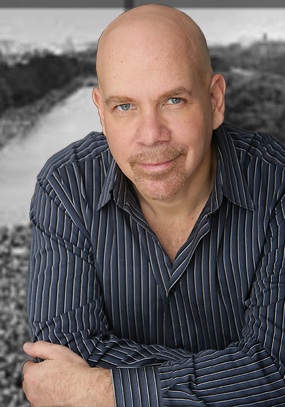 CFN – JASON STUART celebrates with laughter at the 20th annual Winter PRIDE festival in Whistler British Columbia. . “Im the Daddy and I have Candy” Comedy Tour heads North to Gay Whistlers WinterPRIDE Gay & Lesbian Ski/Snowboard week to headline the Comedy Show. . Thursday February 9th, 2012 in Canada! You can check out their […]

So I was Cruising Netflix – Memories of Janeane Garofalo on The Larry Sanders Show by Jamie Gilcig – November 24, 2011

CFN –  The twists, turns, and vagaries of life..   For some reason in the 90’s I had a sorta crush on Janeane Garofalo.     It might have to do with the Mabel Normand project I was working on or her work on The Larry Sanders Show; one of my faves.  She was Paula […]

CFN –   Ryan Gosling grew up in Cornwall.  It’s a long way from the River City to Hollywood and now he’s one of the hottest actor’s in film.   He also was a producer and narrated the documentary ReGeneration.   Today Ryan turns 31.  httpv://www.youtube.com/watch?v=lLkM3WgJGaE Ryan studied Drama and Fine Arts here at CCVS […]

Cornwall ON – The Women’s Roller Derby group here in Cornwall Ontario had a surprise bonus for their fund raising efforts as a little bit of glitter from Hollywood was sprinkled on them today as they prepare for a screening of the Roller Derby movie Whip It!    The movie is based on the novel […] 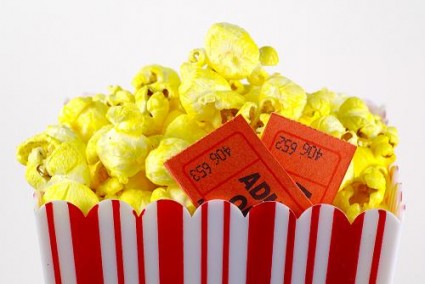 Cornwall ON – Residents will have an opportunity to enjoy the outdoor movie experience of years gone by during the first-ever Movie Under the Stars on Saturday, August 20 at the Lion’s Club Bandshell in Lamoureux Park. This free family event will feature the presentation of the animated hit movie Rio on a 25-foot inflatable […]

Monkeying Around with Rise of the Planet of the Apes – Review by Jamie Gilcig – August 12, 2011 – Cornwall Ontario

Cornwall ON –   Yes, I actually bought that Signet paperback book as a young un.   We had this country place in Cumberland Head NY.  Rocky Point community, and while picking up some groceries on a rainy Sunday I grabbed this off the spin rack.   Loved that A&P!   I was hooked and […]

Cornwall ON – Mario Armando Lavandeira, Jr., better known to the world as Perez Hilton.    It’s interesting.   As a struggling actor with a very large forehead he decided to take his passion for nasty gossip to the internet and built a fortune on the back of scribbles over celeb photos and the hypocrisy of […]

Cornwall ON –   I’ve been watching Woody Allen films for an awfully long time.    Midnight in Paris is his highest grossing film ever.   It’s light.  It’s charming.   Is it filling and satisfying?   Yes…and no…My favorite Allen film is The Purple Rose of Cairo and there’s a common theme that’s hammered […]

Cornwall ON –  Jay Schwartz just turned in the 2nd official test cover for my new novel, Dirty Town Under a Crooked Bridge which comes out on Amazon Kindle and other fine E- Book retailers  just in time for Christmas!  Due to demand and interest I am very proud to announce that we will be […]

Cornwall ON –   Starting Friday July 22 The Port Theatre in Cornwall Ontario is playing Midnight in Paris; the highest grossing Woody Allen film in history.    To check out the buzz and be able to watch a movie without wearing 3D glasses head down 132 Montreal Road! The Trailer httpv://www.youtube.com/watch?v=I99slAjca5Y The flick stars […]

Montreal QC –  A laughing contest held last October in Montreal sparked an international trend with contests breaking out in Japan,Czech Republicand the USA, according to the documentary RiRE EXTREME which premieres July 24th at  the Just for Laughs Festival. “Laughing contest held. Hilarity ensues.” CBC   Ultimate Laughter or extreme laughter can be highly entertaining due to the […]

Cornwall ON –  For decades now Canadian artists have left our country to build their careers in the US and world stage.    Music, Comedy, Film, TV, Writers have had obstacles; many artificial because of government intervention or lack therof in certain situations not allow them to truly grow here in Canada.   We may […]