LINK  www.AndreaHorwath.com Ontario NDP’ers have a new leader.   Congrats and click the links for the full story and Andrea’s Bio.   Did any of you meet her when she visited Cornwall at Darlene Jalbert’s campaign office this last election? Born in Stoney Creek to an autoworker’s family Andrea earned her degree in Labour Studies from McMaster […]

Are you going to see Justin Trudeau Saturday Morning?

Are you going to see Justin Trudeau this Saturday at from 8:30 in Salons A-C at the complex?  I know I’ll be there.  Not sure if there are any tickets left but if you still don’t have yours you can try Denis Sabourin 13 346 5416 or e-mail m3011@glen-net.ca or check out the Liberal riding […]

Harper to Unleash the Dogs on Iggy 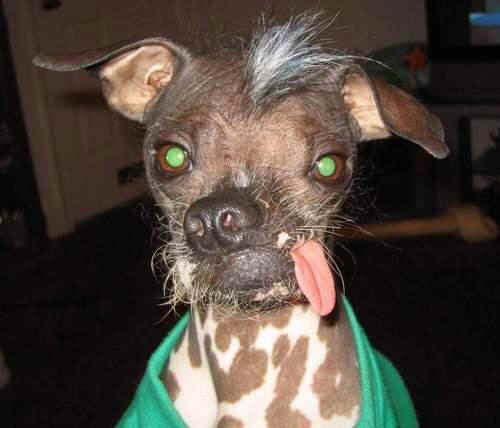 It’s that time again folks.   The Conservatives are about to unleash the dogs  with a series of attack ads that they are hoping will have the same effect as the ones used against Mr. Dion. LINK Conservatives say that after Ignatieff won the leadership they made a strategic choice to spare him the torment they […]

Has Guy Lauzon sent you a whack of letters in the last few weeks too?

Guy Lauzon, I guess on behalf of the Conservative Party of Canada; has sent 7 mailings to our house in the last few weeks. They all are the same photocopies asking if we feel if the Government is doing a good job. Regardless of my political leanings or opinions of our MP I have to […]

JUSTIN’S SPEECH Click the link above to read Justin’s speech to Parliment.   It’s kind of hard to argue with the point.  We all need to do more to help society; especially in light of our current economic challenges. At the same time, on the other hand, we have young people across this country who are […]

If Canadian Politicians could get along as well as these three…

It can happen.  People can overcome their own idealogies and issues; especially in time of crisis. Maybe this video is a lesson we can all learn from? httpv://www.youtube.com/watch?v=D85yrIgA4Nk Please visit our sponsors:

Justin Trudeau gets smacked by the Bloc Quebecois.   LINK Without reading Mr. Trudeau’s motion they suggested that he had sold out Quebec as they allege his father, Pierre Elliot Trudeau had. “Young people get a bad rap, often, for being apathetic, disconnected and cynical about the world,” Trudeau said after introducing a motion that asks […]

LINK “Tax cuts are great if you still have your job, but if you’re one of the 400,000 people in manufacturing who have lost your job, tax cuts aren’t going to help very much.” Mulcair said Can’t argue with Thomas Mulcair on that one. Frankly I’m fed up of the Government burning through Canadian Taxpayer’s […]

Due to overwhelming demand the Justin Trudeau  Community Breakfast (Saturday March 14th from 8:30-10:30) has had to change the location to the Cornwall Civic Complex Salons A-C. People can still order tickets by contacting Denis at 613 346 5416 or e-mail m3011@glen-net.ca or check out the Liberal riding association website www.sdsg-fla.org Please visit our sponsors:

If you haven’t seen the press conference now is your chance.    What do you think Cornwall? httpv://www.youtube.com/watch?v=NvhOXTKfup8 Please visit our sponosors:

Link to our site; tell your friends, family and co-workers.   For The Cornwall Free News to survive we will need lots of people reading this site and contributing to it. Have a story or issue you want to tackle?  Contact us.     Don’t like a story or agree with it?  Post your comments. This is “your” […]

…and while we’re in a Liberal mood…

Liberal star child Justin Trudeau will be making a rare visit to Cornwall. The SDSG Federal Liberal Association will be hosting a breakfast at the Best Western Parkway Inn Saturday March 14th from 8:30-10:30 AM..  Tickets for adults will be $15.   It should be interesting to see if Mr. Trudeau can live up to some […]

Premier Dalton McGuinty on the Economy

LINK Premier Dalton McGuinty wrote an article in the Toronto Star about the challenges we’re facing in the current economy. But we can’t do this alone. All of us – our businesses, workers and governments – have a role to play. It’s a very optimistic piece and discusses new green jobs for Ontario, and many […]

The Next Federal Election in our Riding.

The Harper Government survived the coalition but for how long?   Will Guy Lauzon run again in this riding, and if so who will challenge him? Darlene Jalbert looks to be running again for the NDP.    The Liberals, under new leader Michael Ignatieff still haven’t announced a new candidate for this riding.   Rumors have been swirling […]