Cornwall Ontario – Brr!   Did your car start?   Cornwall is in for a week of freezing temps as we’re hit by an Arctic Vortex! Expect lows near -30c into New Years as it will stay cold and sunny for nearly a week! Please limit your pets time outside as their toes can freeze fast at […]

DOMESTIC INVESTIGATION (South Dundas) – On February 12, 2016 at approximately 6:02pm, Stormont, Dundas & Glengarry (SD&G) Ontario Provincial Police (OPP) officers responded to a report of a domestic situation at a residence in the Village of Iroquois, South Dundas Township. Investigation indicated that an altercation between an adult male and his spouse resulted in […]

25 Charges Against Man in Cornwall Ontario Including Assault and Killing Animal – JAN 20, 2015 #CCPS 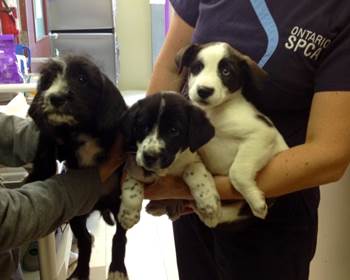 CORNWALL Ontario -The Ontario SPCA is appealing to the public to help find the individual who left three puppies at the Ontario SPCA Stormont, Dundas & Glengarry Branch.   A video camera at the Branch captured someone dropping two border collie-type puppies and one terrier-mix puppy over a seven foot fence which resulted in the […]