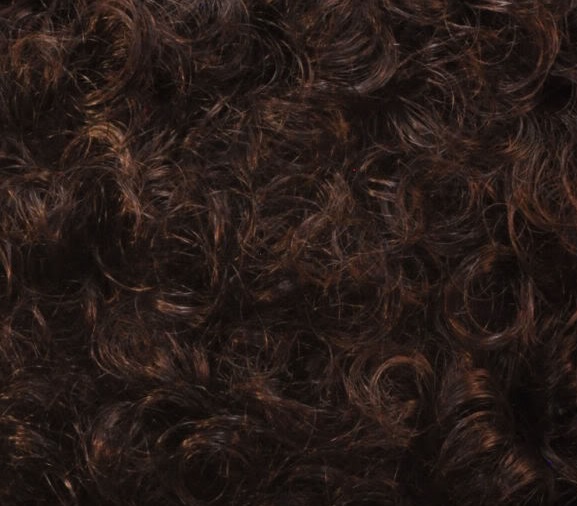 CORNWALL Ontario – I have personally never seen such an ugly and desolate election as the one occurring here in Ontario.

The only blessing is that it’s been a short one.

It hasn’t been dragged out.  One would have to ask even why it happened?

It’s looking as though one party is flirting with a majority win which if happens would be one of the most bewildering calls in North American history.

It clearly shows the problem with partisan party politics and our system.

On June 12 Ontario essentially loses no matter what the results as there really aren’t options for voters.   You’re picking which way you want to be punished and that essentially what will happen to tax payers after this call.

On the one hand we have our current Liberal government.   It was elected one seat shy of a majority.  Many have speculated that the one seat was SD&G which was held by Jim Brownell who bowed out and retired because of health concerns, but many have suggested he simply could not hold onto the seat and didn’t want to lose an election.

This is a government whose leader and premier Dalton McGuinty fell on his own sword and resigned over scandal.  The party decided to stay the course and put insider Kathleen Wynne as their designate to succeed him.   Ms Wynne’s record has been spotty as she herself has been linked to some of the scandals that brought down Mr. McGuinty.

In other words this was a government that really was waiting to be knocked over and after throwing hissy fits since the last election PC leader Tim Hudak got his wish when NDP leader Andrea Horwath pulled the Liberal plug as the latest budget rolled out.

Her main reason was corruption.   I think one of the reasons that the NDP have polled so weakly is simply that it makes no sense to prop up the Liberals for as long as the NDP did and then expect voters to hug you.   Ontario voters have not hugged Ms Horwath.

Frankly the best solution would be a NDP minority win; but that isn’t even in their own party polling tea leaves.

Tim Hudak surely has to be the most despised party leader in the last 10o years.  I would wager that Pauline Marois had more support in Quebec than Mr. Hudak has in Ontario and that’s not saying much.

Mr. Hudak blew his party’s chances right at the gate as he announced he’d cut 100,000 civil service jobs.    It’s one thing to share that over beverages at a partisan event, but to announce it?   That created at least 100,000 committed anti-Hudak campaigners and that’s before adding in their friends and family.

The problem is that many in Ontario agree with PC principles.   They want less government.  The debt scares the crap out of them; but how some of these issues have been handled by the Hudak team is like Gumby Surgery!

Instead of letting the public focus on the Wynne/McGuinty Liberal scandals Mr. Hudak and his team shifted focus to themselves; a total amateur strategy that has blown up in their faces except for the most partisan of areas.

And that’s how this election is rolling.   After you take out the basic partisan voters it’s come down to jobs and how people will do just about anything and vote for just about anyone to keep theirs.   In this case it’s looking like Kathleen Wynne will win her first election as Premier in spite of her policies and her party’s poor government.

According to the latest numbers from Eric Grenier’s threehundredeight.com the Libs would take 54 of 107 seats which give them a majority of one seat!  The numbers float between 38 and 78. (numbers are up to June 8, 2014)

As for Andrea Horwath and the NDP; after calling for the election if the polls stand up, she would have actually lost seats which means she would have done an actual worse job than Tim Hudak which most likely mean the end of her leadership.   The Liberal push that a vote for Horwath is a vote for Hudak has penetrated.

The scariest issue in this election though has been the stranglehold that Unions seem to have in Provincial results.   Since the Liberals have shown little to no signs of restraint how much longer can the average Ontarian pay the freight of Union contracts and pensions when workers in the private sector’s income don’t even come close in many fields?

The OPPA coming out against Mr. Hudak may have been the straw that broke his leadership back and may be the end of his time running the Blue team.

Where is the push back or the fiscal balance for our province and our future?  Could you imagine what would happen to Ontario if interest rates doubled with our debt?

In our region there is little change to occur.   Steve Clark will have no problems retaining Leeds Grenville.   Jim McDonell the same for SD&G although the NDP under scandalized City Councilor Elaine MacDonald are pushing to finish a distant second behind a destroyed local Liberal offering of John Earle.   Glengarry Prescott Russell shows incumbent Grant Crack about to lose his seat to the PC’s.  Mr. Crack’s campaign has not benefited from party shifts; perhaps because of poor marketing and a poor campaign?

Locally in SD&G it was a quiet campaign.   Very poor public attendance of most candidate debates was the norm as they were poorly promoted.    Most were simply regurgitation of party positions and most of the crowd were partisan supporters or team members.

One debate had less than 40 in attendance.  Voter apathy at an all time high in a riding that is seeing many of its young people leaving or focused on leaving. MPP Jim McDonell will retain the seat for Mr. Hudak.  Mr. McDonell is the Municipal Critic for his party.  During his term he’s been known for his silence or limp protest on almost all major issues such as the Cornwall General Hospital facility being sold off for pennies on the dollar; the bilingual nursing protest and the largest city in his riding coming under repeated fire with at least three whistle blowing cases.

On top of that his own former staffer, David Murphy, is a councilor for Cornwall and some of his campaign supporters and workers are embroiled in issues such as Cornwall Councillor Glen Grant and South Stormont Deputy Mayor Tammy Hart.

Mr. McDonell also was in hot water early in the term for suggesting that the McGuinty government were behaving like Nazi’s; something the MPP eventually apologized for.

While the excuses of the PC party not being in power was used repeatedly by his supporters the reality is that there were many issues that needed to be addressed that simply weren’t.  He also has this odd tendency on twitter of always shouting at one media outlet in particular which seems a curious way to do things?

Again, like Ms Wynne at the provincial level, Mr. McDonell has benefited from weak and incompetent competition.

NDP candidate Elaine MacDonald’s stranglehold on the riding association means that she was able to run again in spite of the issues she’s been a part of with Cornwall City Council.   Multiple managers lost their careers this term due to scandal and whistle blowing.

The city paid for two HR managers after long time manager Robert Menagh was let go without cause.   He was on the Sunshine list for two years while his replacement, who just retired, earned more money with less qualifications.   The official spin was that the city wanted to go in a new direction.   They’ve just added insult to injury by spending over $20K on a consultant to find a new HR manager.

You know you have to be pretty conflicted when your  own corrupt council puts together a new Conflict of Interest policy.   In this case Ms MacDonald not only didn’t recuse herself, but actually debated and voted for two groups that she was on the board or committee of.

Ms MacDonald is on the board of the Agape Food Bank.  She involved herself in two issues that directly financially impacted the charity; the first for funding from the city and the second was passing policy about used clothing bins which competed with the Agape.   She also was on the University Committee and did not step away during its pitch for over $60,000 in funding.

City Councilor David Murphy,  not known as a deep thinker, knew enough to step out of that debate simply because he’s employed by one of the committee members; yet Ms MacDonald even defended her position. I feel bad for Liberal candidate John Earle.   I could just hear his good buddies Mark Owen of Indie Guitars and former campaigner (and police board member until his DUI) and Bob Peters encouraging him to run.

Earle’s wife is Agape director Alyssa Blais(won’t go there in this story)  who was supposed to be running for council.   He’s also been supported by his benefactor’s in this town; chiefly patronage gigs via his buddy Bob Peter’s of Economic Development and spin offs from Cornwall/Seaway Tourism.

Some of questioned if he’d actually ever had a non patronage job in his adult life which essentially would make him the perfect candidate to be a Liberal politician.

The soft spoken Mr. Earle however was no match for Ms MacDonald in the debates or the improved oratory skills of MPP McDonell.

He is the poster child of what’s wrong with Liberal politics in this riding and this province. Even a campaign poster features Jim Brownell front and centre instead of Mr. Earle.

Provincially – None this year.

Leeds Grenville- Steve Clark, I still like this guy!

GPR – None this year.

Provincially – Hudak, & Wynne.    Frankly I can’t see a situation where I could vote for either.

SD&G: McDonell, Earle, and MacDonald.  This riding is poorly represented this year.

Final Ontario Election Poll for 2014 – Who Will You Vote for In SD&G?