My Vote is Up for Grabs in the Canadian Federal Election in October. By Jamie Gilcig 090219

It’s funny being a journalist in 2019. My inbox recently started to flood with releases by both the Liberals and Conservatives. Smart. We not only own a large local audience, but are have great pools of viewers in Cities like Ottawa, Toronto, and even Montreal. The internet is content driven and we provide content that […]

View From the Hill by Keith Beardsley – Looking Ahead – 2019

It seems that everyone is producing polls while pontificating about the next election results in 2019. I am not one to put much faith in any election polling this far out- let’s face it they are not much better than a guess and the results can be impacted by the wording, the order of the […]

Ontario’s long-awaited election day is finally almost upon us. There is a unanimous view that the Liberals are finally going to be thrown out, bag and baggage, after four catastrophic terms, when the province was mortgaged to hare-brained alarm about climatology and electricity-generating facilities were shut down and solar energy and other nostrums subsidized as […] 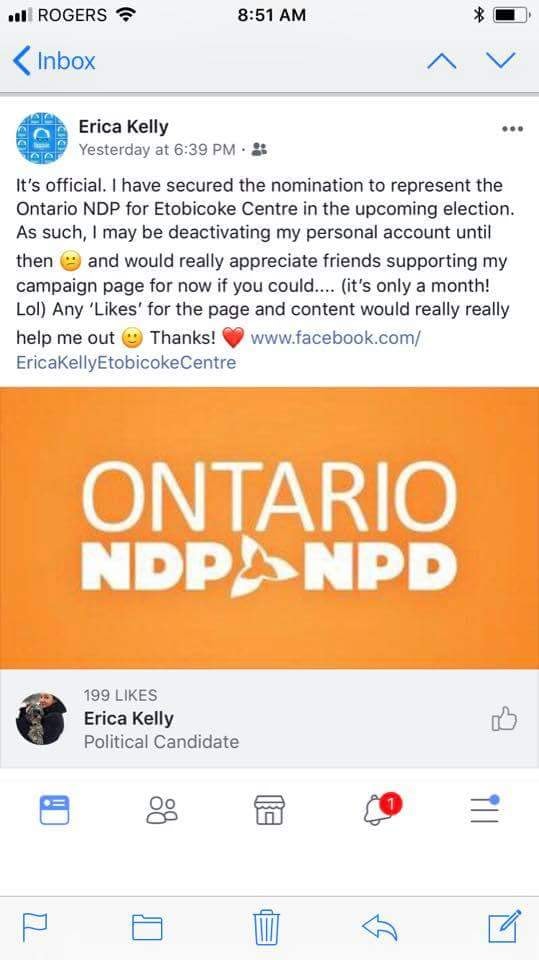 Cornwall Ontario –  One wonders how the NDP vette their candidates?   Another is in hot water for a social media comment. Erica Kelly, who is running in Etobicoke,  just issued the following: Statement by Erica Kelly I deplore violence against all people, regardless of where they live. The U.S. mass shootings in Parkland, FL, Sandy […]

Cornwall Ontario – As a quiet provincial election comes out of the long May weekend it’s becoming clearer that this is a two horse race as the PC’s and NDP start to ratchet up the attacks and heat. Premier Wynne is still trying to claw back some support that has bled orange, but that seems […]

Cornwall Ontario – It’s fascinating to watch the political death of Ontario Premier Kathleen Wynne.   From the defection of ministers and other MPP’s who decided to bail and not run; to teacher’s unions going back to the NDP the day the writ dropped,  and other union leaders telling members to vote NDP or PC based […]

Who Do You Vote for in June For When All 3 Local Candidates Are Numptys? by Jamie Gilcig

Cornwall Ontario –   While we all are aware, or at least most of us are, of who the leaders are of the three main political parties in this upcoming Ontario election, do we know who are local options are? We know our current MPP Jim McDonnell will win by default.   Right now my dog Fitzy […]