SHOPLIFTING, BREACH Cornwall, ON – Jeffrey Burles, 35, of Cornwall was arrested on January 30th, 2020 and charged with theft under $5000, as well as three counts of breach of probation for failing to keep the peace. It is alleged on January 27th, 2020, the man attended a Ninth Street business and removed merchandise, making […]

PUBLIC MISCHIEF, BREACH Cornwall, ON – Lori McConkey, 56, of Cornwall was arrested on January 29th, 2020 and charged with public mischief and breach of probation for failing to keep the peace. It is alleged on January 7th, 2020, the woman reported her motor vehicle as stolen to police and an investigation ensued. During the […]

Editor’s note: Stephanie MacRrae nor any officers could apparently could be bothered to share the calls for service for January 28th. It’s odd. According to the police map for the time period there were at least 44 calls for service the CPS doesn’t seem to want to disclose, some of which include: 1 Weapons 2 […] 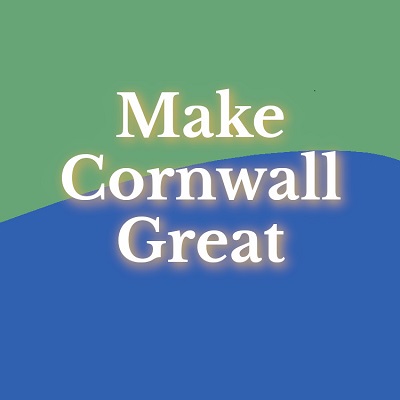 Alan Hale put his time here in Cornwall and is getting a bump up to Kingston. CFN wishes him the best. It’s good to see a hard working journalist get rewarded for their work. Behind the buzz, was that after the National Post fiasco that saw Editor Hugo Rodrigues publish an email to Mr. Hale […]

(OTTAWA, ON) – On Saturday January 25, 2020 at approximately 2:30 p.m. an officer with the Ottawa Detachment of the Ontario Provincial Police (OPP) observed a vehicle that was stopped in the westbound lanes of Highway 417 near Moodie Drive.  The officer approached the driver of the vehicle to investigate. The driver failed to identify himself to […]

Cornwall, ON – Police are currently conducting an investigation in the area of Edward St. and Lennox St., resulting in heavy police presence. Please avoid the area. We will provide more information as it becomes available. 1:15 am – UPDATE – The CPS is currently investigating a barricaded man in a residence near Edward St. […]

Editor’s Note: This is today’s OPP police blotter and it has not been edited by CFN. SD&G OPP NEWS (STORMONT DUNDAS & GLENGARRY, ON) – The SD&G Detachment of the Ontario Provincial Police (OPP) are investigating several incidents after responding to 222 calls for service from Thursday January 23, 2020 to Monday January 27, 2020. […]

DOMESTIC BREACH Cornwall, ON – A 62-year-old Cornwall man was arrested on January 23rd, 2020 and charged with two counts of breach of court order for contacting his girlfriend. It is alleged twice on January 21st, 2020, the man had contact with his girlfriend, despite the conditions of his court order. Police were contacted and […]

AMPS SEIZURE OF PILLS AND COCAINE On the morning of Monday, January 20, 2020 the Akwesasne Mohawk Police Service were conducting general patrol duties in the District of Tsi Snaihne (Akwesasne, Quebec). At approximately 11:30 am, police observed a suspicious vehicle. The vehicle appeared to have been just removed from the ditch and was stationary […]

FATAL HOUSE FIRE (NORTH GLENGARRY,ON) – On January 22, 2020 at approximately 2:37 p.m, Stormont, Dundas & Glengarry Ontario Provincial Police officers responded to a report of a detached garage on fire on Lochiel Street East in North Glengarry Township. North Glengarry Fire Department members were on scene to extinguish the fire. It was reported […]

Published on 2020-01-22 Cornwall, ON – On the morning of January 21st, 2020, members of the Cornwall Police Service (CPS) Street Crime Unit, Criminal Investigation Division, Community Patrol and the Cornwall Emergency Response Team executed two drug warrants in connection to an ongoing drug investigation. The warrants were executed at a Cumberland Street residence, as […]