CFN –  The audience at the Bell Centre in Montreal Wednesday night did not go away disappointed as the Foo Fighters played for nearly three hours!    Dave Grohl has come along way since Nirvana.   My pal and former Cornwall resident, Evie, and Seattle native caught the Foo Fighters and had a lot of insight on […]

Summerfest with the Riverthieves – August 19th, 2011 The Spencerville Mill

Spencerville ON –   Looking for something to do this weekend? Summerfest with Riverthieves What: Summerfest Where: The Spencerville Mill When: August 19, 2011, 18:00 – 23:00 Cost: $35 per person, with a $17 tax receiptFine food and an evening’s entertainment in a heritage setting. Catered gourmet buffet.After dinner entertainment: Riverthieves Rousing/toe-tapping  Celtic and Canadian party-folk music. “A journey of […]

Cornwall ON –  The patio at East Side Mario’s had a decent crowed show up tonight to see Graham Greer and Eric Clapton (aka Todd Huckabone). For those of you who have seen Graham perform in the past he was his usual entertaining, quick witted self.  As much as I hadn’t seen Graham Greer perform […]

Meatloaf down, but not Out after Collapse during Pittsburgh Concert

CFN  – Michael Lee Aday, better known as the singer Meatloaf collapsed on stage due to an asthma attack in Pittsburgh.  Midway through his hit “I’d do anything for love” the 63 year old legend and baseball fan collapsed on stage for nearly ten minutes before being revived and finishing the show for his fans. […]

Cornwall ON –  The Sounds of Buskerville took Cornwall by storm last year.   Well maybe not storm, but definitely a strong Summer breeze which should be accompanying the musical event of the season here in Cornwall; at least for some of the many local performers! Pitt Street between First Street and Third Street will be closed to vehicle […]

Cornwall ON –  The rains kept right on rolling by Cornwall Ontario as Eight Zero Zero, one of the finest restaurants in the area opened up their patio to the sounds of Mélanie Brûlée D’Amour who surprised the enthusiastic and supportive crowd with two new songs! The Small Town and the Prey httpv://www.youtube.com/watch?v=PWOmeKvaLMw The ice was […]

Cornwall ON –  I discovered Whispering Pines Campsite in Curran Ontario last month.  It’s an amazing place and I’ll be returning in August for the Open Mind Festival!  I’ll be live on the site covering some of the events so stay tuned! . OpenMind Festival is a gathering of Celebration, Visionary arts, Transcendent music, Conscious […] 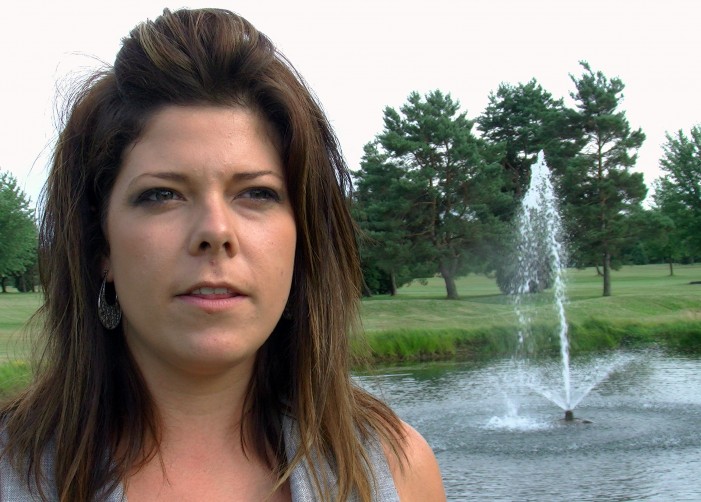 Cornwall ON – It’s summertime and the patios are filling up with people having a great time and catching the best of the local music scene.  Wednesday night you can catch Mélanie Brûlée D’Amour (formerly of the General Electryk) playing at Eight Zero Zero at the corner of Cumberland and 9th in Cornwall Ontario. Ms D’Amour […]

Cornwall ON –   Some of you may notice that we here at the Cornwall Free News don’t like to dwell on the standard disaster news story, but frankly I’m overwhelmed by this weekend’s two busiest stories. Both involve death; one the massacre in Norway, and the second being the senseless waste of life that […]

CFN – Sadly this is so not a surprise.  Singer Amy Winehouse has been found dead at the age of 27.   The Back in Black songstress had struggled with drug and alcohol issues to the point of tragedy for years; most of it in the media’s glare and spotlight. Performances like this one recently […]

Cornwall ON – On june 24th I found myself at Babylon’s in Ottawa waiting for a band to walk on stage. At approximately 9:25pm when The Dead Zone was done their first song, I had fallen in love with punk again.   The 2 opening bands, Black Market Candy and Fore Stroke warmed up the waiting […]

Chesterville ON – The Chesterville & District Agricultural Society is proud to present the 80th Annual Chesterville Fair, July 22nd to 24th.  This year’s fair is packed with entertainment at an incredible value for everybody, including agricultural displays, a thrilling midway, exciting shows, children’s entertainment, live music and much more! As with every agricultural fair […]

Cornwall ON –  Music is always changing; evolving and flowing through.    I caught up with Mélanie Brûlée D’Amour and talked to her about her evolution after the change from being Melanie MacDonald of The General Electryk to her now being on her alone and how she’s changing and experiencing it musically. I caught up with […]

Cornwall ON –  Musician, writer, and politically active Graham Greer is set to Lift Off Friday July 15th as he opens for Collective Soul.   I had the chance to hook up with Mr. Greer and chat about all things musical and Cornwallian with a focus on the Arts and Culture scene here in the […]

Have you been to a hot concert or event Canada? Send in your photos and review and we just may print it! July 11, 2011 – Cornwall Ontario

Cornwall ON –  Summertime is concert season and there’s no way I can cover as many as I’d like; especially when the promoters don’t send over media passes & Tix!  So if you see an amazing show or event and want to share with our viewers across Canada you can mail in your review with […]

Cornwall ON –  You never know who’s hanging out in the City by the River.  Allan McGimpsey; lead singer and front man for Landmark when he’s not peddling bikes (pun alert!)   and local guitarist, musician, and web guru John Lister of Fingerman Studios got to jam with some guys just chilling at the cottage. […]

My Magical Day at the Music in the Pines Festival at Whispering Pines Campsite in Curran Ontario – July 4, 2011

Cornwall ON – Saturday was a mystical, magical, and musical day in Curran Ontario as I attended the Music in the Pines festival at the Whispering Pines Campsite.  Over 80 acres of magic in what was a former sand pit; owner Eileen Garde or “Mom” as so many people called her shared her piece of […]