CORNWALL ONTARIO – One of the saddest thing about the clique politics of a small tiny town like  Cornwall Ontario is that the clique usually fails at what they do.  It’s sad. It’s sadder that people are allowed to be in positions to fail rather than be inclusive or remotely professional. A few months ago […]

Cornwall Ontario – The City of Cornwall, Federal Bridge Corporation Ltd. and L.W. Bray Construction Ltd. would like to advise the public that the reopening of Brookdale Avenue will be postponed due to delays in receiving street light poles from the manufacturer. The City, including the Cornwall Community Police Service, have concerns regarding motorist and […]

Cornwall Ontario – One of the things I’ve always said about Cornwall that’s great is that you can get anywhere in less than ten minutes. City Hall has found a way to ruin that; perhaps courting Montrealers to feel at home and move here by allowing construction jobs of major intersections to get bogged down. […]

I live in a very very strange town.    Because of a City Hall led boycott many agencies refuse to send press releases or invites to CFN even though their works require the most amount of exposure to be successful. I watched from our public art gallery, which is in the process of wrapping up […]

CFN just celebrated our 60,000th viewer comment.   With the Standard Freeholder and other media not allowing viewer comments it’s something we’re very proud of. One of our most voluminous commentator is Jules, who is a former Cornwallite who lives in Ottawa, but still is quite passionate about her former home town even if her […] 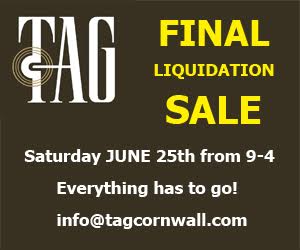 In light of some questions that have arisen in a local media report, we wish to provide details regarding the shutdown of the Aquatic Centre on Wednesday, June 8th. – At around 10:15 am, an Aquatic Centre employee raised concerns about the air quality inside the pool area by identifying a possible haze. Staff immediately […]