By admin on November 7, 2013   FEDERAL Politics, Letters to the Editor

Duffy, Walin, Brazeau, the Ford brothers, record deficits, and over 300,000 temporary foreign workers taking jobs away from  over 1,300,000 unemployed Canadians; how could Canadians ever forget the sound judgement of Prime Minister Harper? One could say it has been a fun ride, except that it has been a huge embarrassment for all Canadians. Sometimes it seems […]

View From the Hill by Keith Beardsley – Harper Senate Scandal Far From Over – Nov 6, 2013

By admin on November 6, 2013   FEDERAL Politics, Politics, View from the Hill

CFN – If you listen to the chatter amongst Conservative Hill staff, the government has enacted its revenge and punished the three senators who embarrassed the party and the Prime Minister. To them revenge is sweet, now it is forward to the 2015 election. Roll out the good news announcements, fire off the press releases, […] 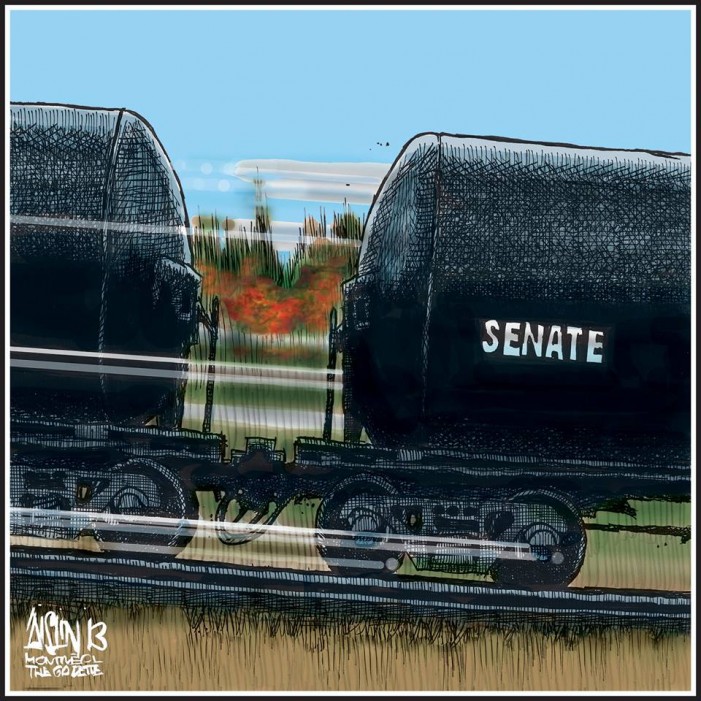 CFN – Legendary Canadian Cartoonist Aislin created this cartoon today for the Gazette, his home newspaper, but they elected not to run it. Can you guess the reason why? I’m not being critical in any fashion.  I find it interesting how larger corporate media work as I learn and evolve in this field. I’m not […]

By admin on October 19, 2013   FEDERAL Politics, Headlines, News, Politics, View from the Hill

CFN – Throne Speeches come and Throne Speeches go, and the 2013 version has done both. When all is said and done, outside of the bubble that is Ottawa, who really cares about them? Worse yet, who even remembers what is in them? Throne Speeches do signal the government’s intentions in a variety of areas. […]

Akwesasne – United Nations Special Rapporteur James Anaya visited Canada this week on a special assignment, conducting hearings across the country to examine the relationship between the government of Canada and First Nations people.  Mr. Anaya made Akwesasne his first stop on Oct. 7, hearing presentations from community officials on Akwesasne’s experiences with the Canadian […]

By admin on August 19, 2013   Community, FEDERAL Politics, Headlines, Letters to the Editor, Morrisburg ON, Opinion, Politics

Each day that passes we are one day closer to the end of the Harper government and for me that is enough motivation to work hard on behalf of the Liberal Party of Canada and Justin Trudeau.   Mr. Harper’s comments that Liberals have “dangerous ideas” and their proposals are “so extreme they would make […]

Perhaps you heard the Conservative party advertisement on our local radio stations, If not (and I’d be very surprised if you didn’t here in Lauzonville) then you have heard or seen Canada’s Economic Action Plan ‘adds’ ad nauseam on road signs, on radio and especially on TV. I hope that people are intelligent enough to […]