Could a massive new Loblaws distribution centre be the cause of the special meeting of council called for Wednesday at noon? – Cornwall Ontario – September 1, 2010

Cornwall ON – Could a massive new Loblaws distribution centre be the cause of the special meeting of council called for Wednesday at noon just before the election season kicks into high gear?   Follow us on The Cornwall Free News for the latest news on tomorrow’s meeting. Email our tip line at info@cornwallfreenews.com or […]

The Trouble with Traci – Apologies to our viewers and sponsors – Cornwall Ontario – August 31, 2010

Cornwall ON – We wish to apologize to our sponsors, and you our loyal and beloved viewers of The Cornwall Free News and Seawayradio.com. We have to announce that Traci Trottier will not be hosting our upcoming morning show on Seawayradio.com.   We will be making an announcement shortly as to her replacement, and the […]

Cornwall ON – Elaine MacDonald is seeking re-election as councillor for the city of Cornwall. First elected in 2006, MacDonald’s experience on council has been very positive. She feels the council worked as a very effective team, advancing the interests of the citizens of Cornwall in a spirit of collegiality and respect and she resolves […]

CORNWALL ON – Veteran Councillor Denis Carr announced today that he will be a candidate in the upcoming municipal election. Citing his experience as the chair of the city’s budget committee for the past four years, Carr believes that taxpayers’ money must be used wisely and efficiently in order to maintain a competitive tax rate. […] 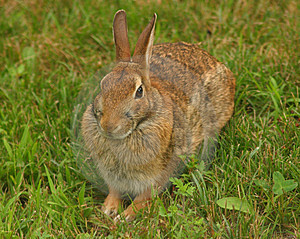 Cornwall ON – Tomorrow’s Political Round Table show on Seawayradio.com has a special guest.  At 10:15 NDP MP for Outremont Thomas Mulcair will be LIVE on air.   We’ll be talking about the Economy and other important issues. CLICK HERE to listen LIVE or via PODCAST The show starts at 9:00AM with your pundits Denis […]

Cornwall ON – Here’s your police blotter for Monday August 30, 2010 BREACH OF PROBATION Cornwall, Ont. – A 16 year-old Cornwall youth was arrested on the 27th of August, 2010 for breaching his conditions.  He was bound by a Probation Order with conditions to Keep the Peace and be of Good Behaviour and to […]

Lancaster ON – Lancaster Artist,Michael Cartwright had a successful morning selling the last of the raffle tickets for the South Lancaster Fish and Game Club. The MacEwen management was kind enough to let him and Glenn Patton ,the man behind the camera,set up and sell. Sell they did and came away empty handed as over […]

“It’s our way of giving back to the community for project that will last for generations.” Cornwall ON – That quote from Mike Bray, President of Louis Bray Construction as a cheque for $15,000 was presented to the 3+1 Project 2010. Bray, along with James Fraser, Quarry Manager made the presentation to Project 2010 Committee […]

Cornwall ON – The last days of our summer season are upon us.  Evidence of this are the bright aromatic blooms of Goldenrod which add their bright sunny yellow to our hedgerows, fields and roadsides throughout Cornwall, Stormont, Dundas and Glengarry.  No doubt welcome havens to the Monarch readying to migrate to warmer temperatures and […]

“We strengthen our community by acting as a community”. Cornwall ON – Well that is exactly what happened this past Saturday.  MPP Jim Brownell and the SD&SG Provincial Liberal Association beat their goal of raising $2000 for the SD&G Boys and Girls Club. The Pig Roast was held at the Borer’s residence in Lunenburg and showcased […]

Cornwall ON – Denis Thibault, a long time resident and very active community minded person has announced he’s running again. He hopes that the voters of Cornwall will support him for councilor again in the upcoming municipal elections this fall. “Today, I have submitted my papers to stand for re-election as Councilor for the City […]

FM Radio Trying to Force its way onto Cell Phones via the US Government – Cornwall Ontario – August 29, 2010

Cornwall ON – In the US there’s a move to force Cell Phone makers to include a FM receiver into phones; especially as WiFi comes more into effect. Right now more and more people are getting their news and even music from their phones.   New smart phones are making this easier and more pleasurable […]

Cornwall ON – Bill Roache or Ken Barlow to Coronation Street fans was 27 when he started the show which is starting its 50th Season. He’s the only remaining originally cast member.  He’s gone from icon of youth for his times to being a frustrated senior who walks his dog Eccles around a lot while […]

Dear Sir: There has been a letter to the media in the past few days and it came from Guy Lauzon, our MP.  I am responding to this letter because it is misinformation at the best.  I can relate to Mr. Lauzon’s lament about the way in which the recent Sri Lankan refugees were allowed into our country […]

Cornwall ON – In man’s search for options to fossil fuels a team is now conducting research on the use of Urine as fuel or in particular Urea. LINK Unlike existing fuel cells that require catalysts made from precious metals like platinum, the “Youtricity” research group’s prototype uses a cheaper catalyst and less expensive membranes. […]

Cornwall ON – If it’s Saturday morning it’s time for The Trading Post from the Cornwall Farmers’ Market in George Assaly Lane in beautiful downtown Cornwall Ontario! Click the image above to listen LIVE or via podcast! Fresh local meat, produce, crafts, culture and entertainment and more.   It’s the spot to have a hot […]