Erin O’Toole is Pushing Me to Support the Liberals in the Next Election. By Jamie Gilcig

SEPTEMBER 18, 2020 – I am a hyper non partisan voter. I go one election at a time because I’ve seen the damage that partisan politics cause. In politics sometimes you see some amazing potential in politicians. They usually let us down. Mr. Trudeau let down a lot of his supporters because of his multitude […]

View From the Hill. By Keith Beardsley – A Confusing Election Indeed #CDNPOLI 101119

The count down to election day is on. Have you decided who you will be voting for? Probably not, if you are like most people I meet. Talk about an uninspiring campaign. One party is as bad as the other and none of them make you want to run out and vote for them. Most […]

OTTAWA ONTARIO –  1. It pays to be a Liberal It certainly pays to be a Liberal and also a defeated Liberal candidate or best buds with Prime Minister Butts AKA the Principal Secretary to Justin Trudeau. Not only can PMO reward you with a cushy job, but you can get your foreign service salary […]

Cornwall Ontario – I often wonder why Post Media’s Standard Freeholder would allow one of its competitor’s people to write articles for them?   I know times are hard, what with another round of buyouts that saw the likes of editor Len Hooper, and long time local fave Greg “Boomer” Peerenboom depart, but this week’s […]

Cornwall Ontario – Holy Patrick Brown!   It must have been a slow day for Gay Conservative Cornwall News Blogger Bill Kingston, or as he’s been called, “The Queen of Mean”, as he cobbled together a fascinating take on which SD&G Counties council member spent the most cash. In his story on Cornwall Newswatch he […]

Cornwall Ontario – In 2014 I asked if politicians should still be in the closet.   Today, in 2017, rising conservative star and North Dundas Mayor Eric Duncan surprised very few people by coming out.  He came out on of all places Linked in.  He didn’t issue a press release; at least we didn’t get […]

As O’Leary or his team commits another blunder by posting a video of him having fun at a shooting range just as the funerals for the Mosque victims in Quebec starts, sharks of every colour- blue, red, orange and green should be circling around him. The blue sharks for the obvious reason that he is […]

By admin on November 1, 2016   FEDERAL Politics, Headlines, Politics, View from the Hill

OTTAWA ONTARIO – So here we are in late fall with just 28 sitting days left for the House of Commons before the Christmas/New Year’s  break. At last count we had 12 people who have entered the Conservative leadership race or who have said they will enter it, all believing in their own mind that […]

View From the Hill by Keith Beardsley – Justin Trudeau Has 5 Options DEC 8, 2015

By admin on December 8, 2015   FEDERAL Politics, Politics, View from the Hill

Don’t you just love how a party’s election promises suddenly disappear once they gain power? We have already seen that in just over a month with the Liberals- remember their limited deficits that they were going to run? So far we have seen the Trudeau gang throw our money around as though it came from […]

View From the Hill By Keith Beardsley – Thoughts of Inside a War Room SEPT 10, 2015

By admin on September 10, 2015   FEDERAL Politics, Politics, View from the Hill

It is no secret that at the moment the Conservative campaign appears to be in trouble and there are plenty of calls for them to hit the reset button. Declining poll numbers are just one of many signs of that happening along with rumours of infighting and incompetence. Some of this will be true, much […]

Elizabeth May Most Bizarre Speech – Welcome Back Khadr & Artificial Hips by Jamie Gilcig MAY 11, 2015

CFN – Oh Liz! I know that the Green Party leader enjoys the odd tipple of red. I mean, who really doesn’t, especially if you’re pooped, but certainly once you’ve had enough it’s probably not best to move in front of a microphone as the BC MP surely is discovering the morning after the night […]

Gross Political Cronyism Funding the IPM in SD&G by Jamie Gilcig MAY 5, 2015

CFN – A recent Standard Freeholder story starts off  with a very telling question. “How do you justify spending $100,000 of tax money on marketing purposes?” That’s what we call a “money question” not because of the cash in play, but because it rips to the root of the act.  You really can’t justify that […] 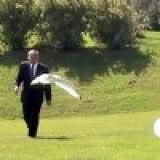