When Did “Liberal” become a bad word or How Canada’s Learning to Love Blue? Editorial by Jamie Gilcig – July 3, 2011 – Cornwall Ontario

Cornwall ON – We are living in scary odd times.    In the US, where terms like Neo-Con get used a lot, George Bush and his cronies were tossed out after eight years in office.   War, an economy nearing Greek like stages; and public dissension probably not seen since the 60’s rule many parts […]

Cornwall ON – Two very interesting reports have completed recently.    The first was the TOP report or 2011 Trends, Opportunities and Priorities Report which focuses on SD&SG, Cornwall, and Prescott Russell and covers an awful lot of ground.   It’s insightful and you can get a real snap shot of our area and how it’s […]

Cornwall ON – Healthcare, Healthcare, Healthcare.   There is no issue as important in Canada right now.  It’s about our identity; our sovereignty, and frankly it’s about who we are and how we treat each other. It’s also about money and power and when those two get together it can be a very bumpy ride.   […]

Cornwall ON – Twenty years ago, July 11, 1991 First Nation speakers came together from all over North America to commemorate the events known as the Oka Crisis. It was a time of healing, respect, dignity and a strong path forward. What has happened since then? What has happened lately? There was another invasion by […]

Cornwall ON – Low energy Monday has a lot of hot talk about hot issues here in Canada.    The Marijuana issue should be back on the hot plate soon as Canada will come up with another law to try and not allow it to be legalized. Abortion is to be a private member’s bill […] 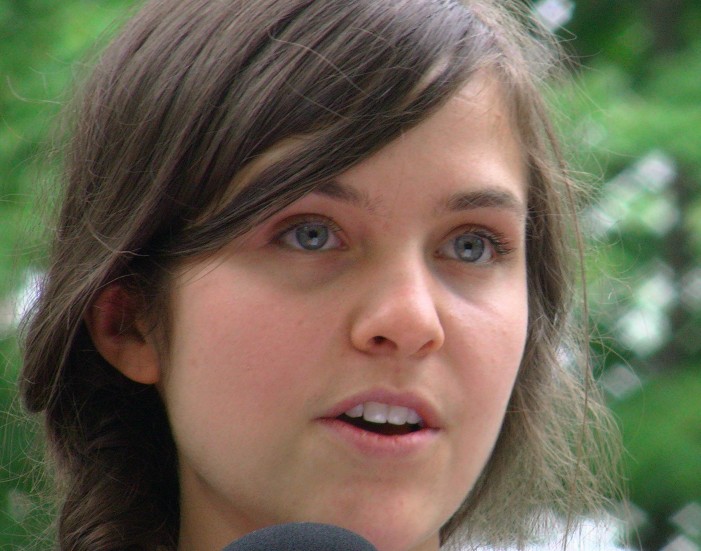 Cornwall ON – I’m still a rookie in the journalism field.     I’m not really a journalist although I portray one occasionally.    I’ve not been burdened with some of the hypocritical rhetoric it takes to be a top notch network Newsy. My eyes have really seen a bit of how news works; what […]

A Media Ho at the Crossroads – Editorial by Jamie Gilcig – June 9, 2011 – Cornwall Ontario

Cornwall ON – Apparently I’m a big Ho.  Prostitute, whore, seller of words and souls for a few pence occasionally pressed into my tiny corporate hands.    A friend was visiting from a foreign land last night and wanted me to show him the sights of Montreal.  Seeing as there was this burst of lighting and rain […]

Cornwall ON – So I get a ping this morning from a voice from the past.   She tells me about this event in Montreal, Le Mood, in Montreal, which you can tell from the hot poster above is about Judaism.    I’m born Jewish, but have never really practiced the religion and have just […]

Cornwall ON – Brigette DePape  (Bridgette Marcelle) entered our Canadian history books by a simple act of defiance.   It was gorgeous.   A simple sign with two words on it.   She sacrificed a great job to own that moment of our shared history and gained a National and in many cases International platform […]

Should the Senate Be Abolished? Take Our Poll – June 1, 2011 – Cornwall Ontario

Cornwall ON – So I sit here, catching up on emails and reading a lot of media buzz.   It can be very, very confusing. Ontario Premier Dalton McGuinty stated that the Senate should be abolished.   Others have stated the same thing while Mr. Harper seems to want to expand the very body that […]

NEOLIBERALISM: THE STORY OF THE LAST THREE DECADES IN CANADA by Mario Leclerc – May 25, 2011 – Cornwall Ontario

Cornwall ON – What is Neo-liberalism? Neo-liberalism is a term used to describe a range of policies and an economic philosophy that stresses international free trade, economic liberalism (more commonly referred to as radical capitalism) and the promotion of such through deregulation of the economy,privatization of industry, liberalization of markets, financialization of national economies and […]

Cornwall ON- Hi everyone!   I haven’t been scribbling a lot this past week to you, our amazing viewers of The Cornwall Free News. Middle age brings many changes to some of us and I’m experiencing a bunch.     I’m moving.   I’m writing a novel, my second,  I’m about to face life very […]

It really is time to regulate the Internet Providers in Canada or Open up Real Fair Competition – Editorial by Jamie Gilcig – May 20, 2011

Cornwall ON – So I’m moving.     I of course need internet and after dealing with both Bell Internet and Cogeco can tell you we really need to allow more competition. Cogeco’s internet product by far is the best here in Cornwall Ontario and I called them today to transfer it to our new […]

Rain Rain Go Away, Come Again Another Day..Funeral in the Rain and Other Musings by Jamie Gilcig or John Baird Comes to Cornwall Ontario – May 16, 2011

Of Demagogues & Hypocrites – Attacks on New NDP MP’s and Bell vs Sun Round 2 – Monday Morning dribbles – Editorial by Jamie Gilcig – May 9, 2011 – Cornwall Ontario

Cornwall ON – As I watch the headlines pass by on Twitter and read my daily round of media I’m astounded by the sour grapes attacking of the new rookie NDP MP’s. Astounded that this would be such a huge topic to write about.   Currently the target du jour is Ruth Ellen Brousseau. Ms […]

I agree with Jean Chretien. MP Bob Rae should be the Interim Leader of the Liberal Party of Canada. Editorial by Jamie Gilcig – May 7, 2011 – Cornwall Ontario

Cornwall ON – Jean Chretien, three time majority Liberal Prime Minister of Canada, yesterday stated that Liberal MP Bob Rae should be interim leader until a leadership review be held in two years. The Liberals suffered their worst election results in generations; the seeds of which were planted by their own lack of unity with […]